Welcome to “On the hill with…” a series of short interviews with members of the Rucksack Club.

Netty, the current Editor of Meetstaff, has kindly agreed to be interviewed for the website. 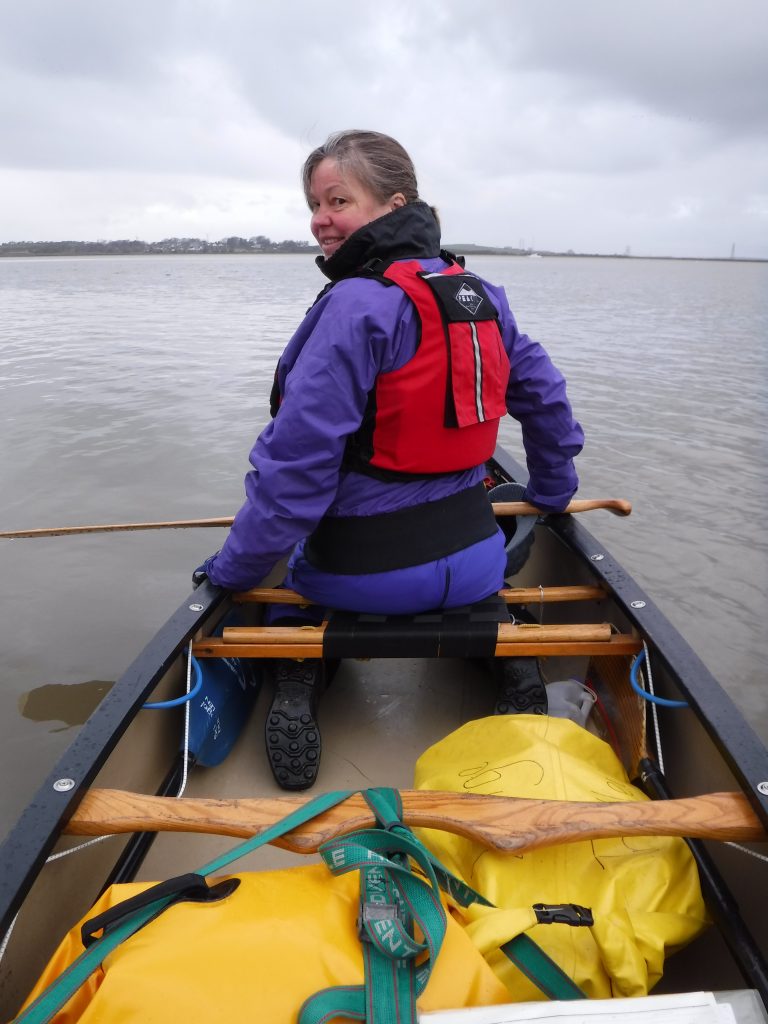 Netty on the Lune

My dad had done a lot with the Scouts before having children and did try to take us walking as a family. I remember rainy days out on Kinder in new wellies and having to get 2 buses each way, which was not popular with all of the family however. There were also some forays into the hills with the Duke of Edinburgh Award Scheme which often proved too expensive and difficult to get to without a car.

At Secondary School there was a super teacher, Mr Thorpe, who would often spare a day at a weekend and take a small group of us to the Lakes which is where I had my most successful introduction to the hills

Joining the Llewellyn tribe has definitely had a major influence on my outdoor activities. Cycling touring for our honeymoon began a series of biking adventures with Gareth. It was climbing with Gareth and friends which has put me off it for life!

I completed the Pennine Way with John Llewellyn in 1993, and it was through the family that I was introduced to so many friends in the Club.

What was your last great day out in the ‘hills’?

This is always my most recent walk; there is always something to make the experience worthwhile. My last day was walking across the snowy moors near Stalybridge where the heather was taken by fire over the summer. I walked from home which makes it special, and seeing somewhere familiar covered in snow and in brilliant sunshine is just great.

What’s been your worst mishap in the ‘hills’?

I think that breaking two vertebrae while trying to learn to cross country ski – and on day one of the holiday – was not my greatest hour.

What’s been your best ever ‘hill’ day?

This would have to be a day where Gareth and I snow-shoed across the Cairngorm Plateau in crystal clear conditions. There was a biting wind and the summits were covered with amazing ice feathers. Other than the main summit we saw more deer than people. 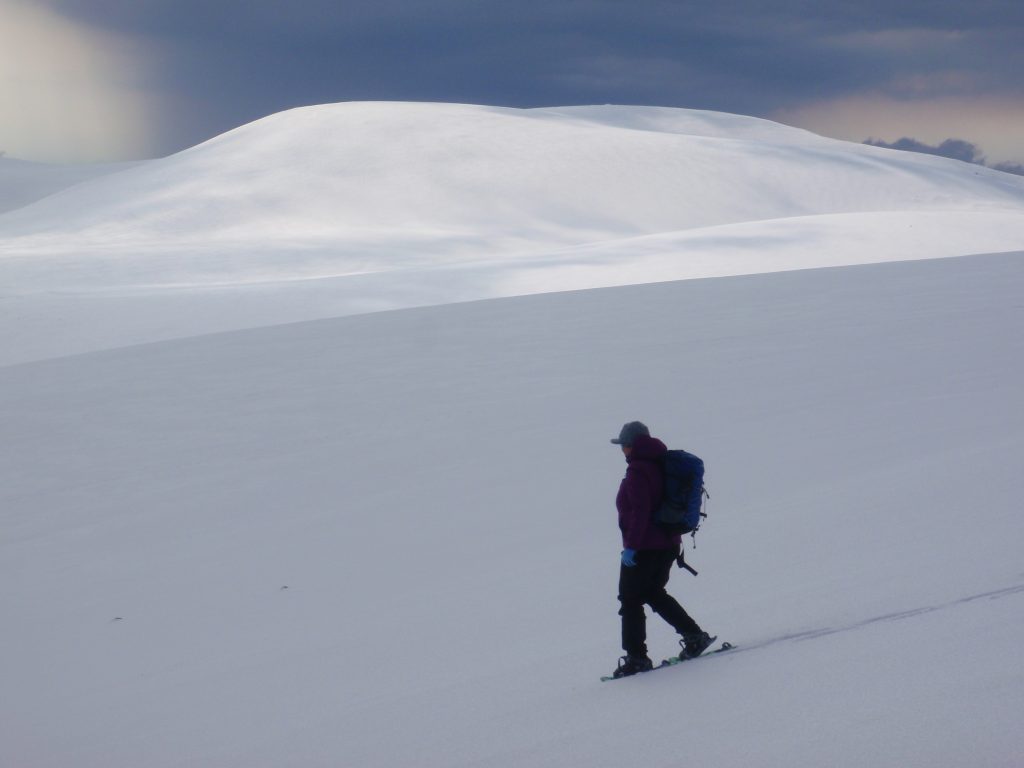 Starting a day to a remote tarn in warm sunshine with swimming costume in the rucksack…perfect. 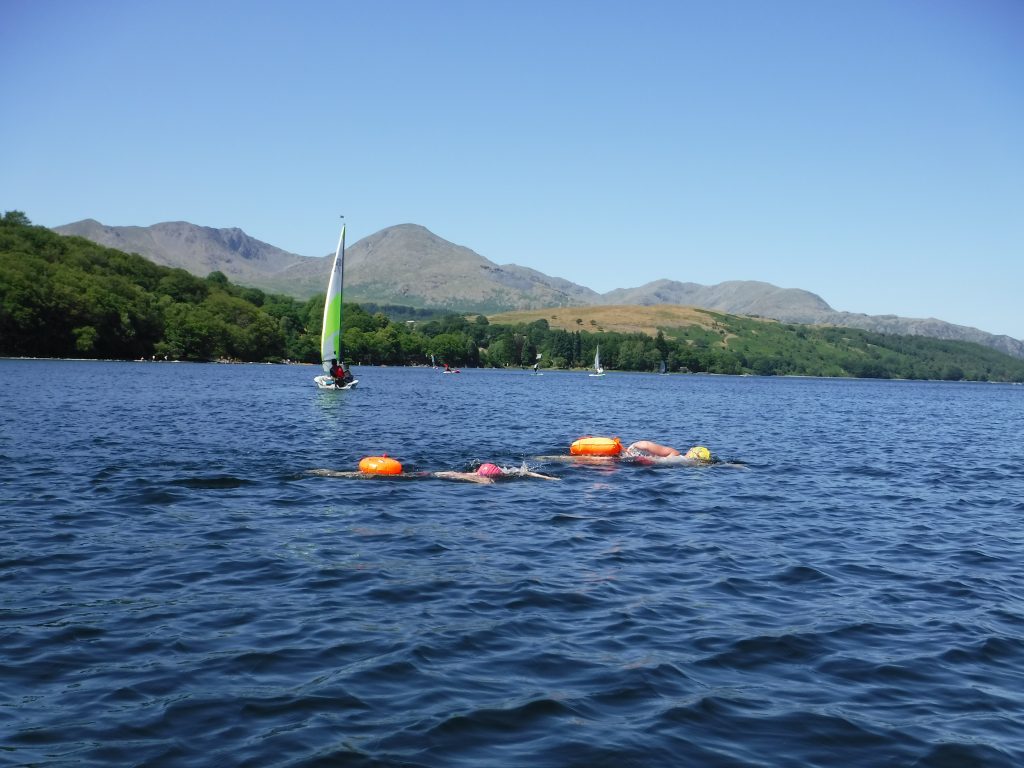 I do most of my walking with Gareth which makes me appreciate going out on my own!

However, being in the Rucksack Club opens the opportunity to walking with different people each weekend. Recently, I have been treated to 2 trips into mines with Chris Foster and on another day underground in caves thanks to Mike Pinder. Sharing time with Keith Towel, Pete Adams, Becky Adams and Gary Bunting canoeing – whether a local canal or the River Yukon – has been wonderful. Also wild swimming with Jean Walker has been a real treat.

When I had a young family and worked full time, this was not something that I found easy. As the children got older, we began to use High Moss during the holiday season which was great. I then became interested in wild swimming, and have not looked back.

I’m putting together an idea involving a significant swim in each of the largest bodies of water in the Lake District at the moment…watch this space.

I joined the Llewellyn family first and was dragged along to support various meets and activities. From there I began to join some of the meets and became an Associate Member. Full membership was a logical progression.

What have been the benefits of membership?

Access to the Club huts and those of Kindred Clubs has been a huge benefit. The range and the number of meets each year is incredible and means that there is always something different going on.

The main thing is the number of people who have become lifelong friends to share the hills, rivers, lakes and lanes with.