The Rucksack Club is pleased to announce that its first Expedition Grant [2018] has been awarded to Felix Terrell and Will Rupp who are final year undergraduate students at Manchester University, members of MUMC and Associate Members of the Rucksack Club.

Will and Felix on Naranjo de Bulnes 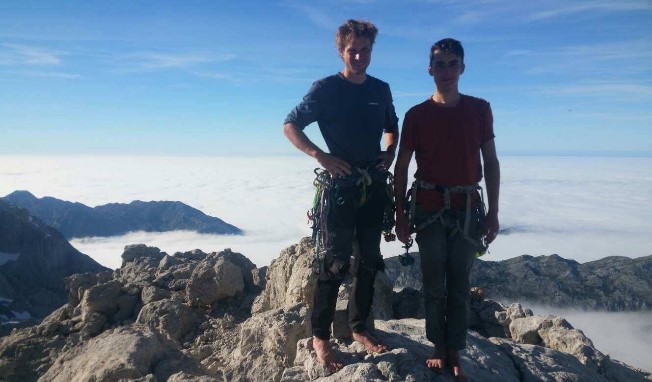 Felix and Will write:

Yosemite, the Bugaboos, cirque of the unclimbables…Jordan? The list has only kept growing, making any decision ever-increasingly harder. Will and I have been climbing together for the last few years and, when there’s spare time or bad weather, studying at the University of Manchester. But we’re in our last year now and the time for a big trip is on the horizon – hopefully a jagged horizon with cliffs poking out; and if the last four years have taught me anything it’s that there’s nothing like a deadline to finally bring about some action…

After much deliberation, researching and a trip to the pub, we decided on a trip to Madagascar, applied for and were lucky enough to get awarded the Rucksack Club grant. The granite cliffs of Tsaramoro Massif pose the perfect blend of adventure, difficulty level and big walling – neither of us have had to camp on a cliff before, though we came close when climbing the Picos de Europa in Asturias, Spain.

Our plan is to undertake a 24 day climbing expedition to Madagascar. Known for some of the biggest granite walls in the world it’s an ideal location for adventurous climbing in one of the most exotic destinations. Due to the size of the walls it is necessary to camp on the wall using a portaledge, as multiple days are needed to climb the whole wall, hence the title “big wall climbing”. Getting to the walls, located in Tsaranoro is not easy, with flight connections, local buses, off road vehicles and rural taxis. A flight must be taken to the capital Antananarivo then a bush taxi to Fianarantsoa, and finally a hitch hike or private off-road vehicle to Tsaranoro. The accommodation is straw huts in the Tsarasoa camp, that offer food and a cheap place to stay for visiting climbers.

The walls of Tsaranoro 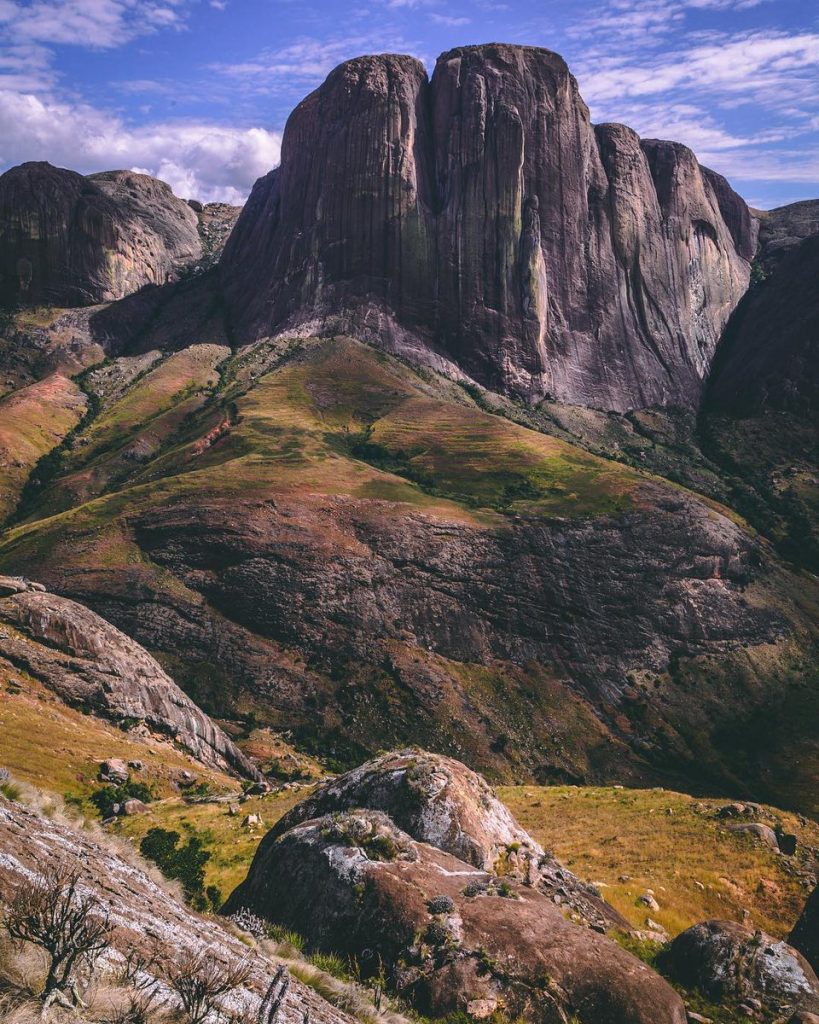 With many bolted routes in the area and some blurry topos on the website camp catta.com being the only guide available the trip promises to be a good one!

We wish them well on their adventure.