Whilst there has not been a formal Alpine Meet this year, members have been active in the main part of the European Alps and a tem also visited Colorado. The list compiled includes both spring ski ascents as well as the traditional summer alpine activities. The prize for the greatest activity goes to Dave Palmer who has had an incredibly prolific year…as well as climbing a fair number of excellent alpine rock routes on lower peaks, he nabbed 12 of the major 4000m peaks as well as a fair number of subsidiary 4000m summits…his picture below  sums up a feeling we all get at times in the Alps!

Will Harris squeezed in the Pierre Allain Route on the North face of the Dru during a busy season guiding; these are noted in the list below. Several others had good trips too and undoubtedly some members activities have been missed altogether, hence the use of  ‘Snapshot’ in the title! Apologies to any member not contacted and thanks to everyone who submitted info, allowing this list to be compiled.

Stu Macaleese on the Lambert Crack. Photo Will Harris 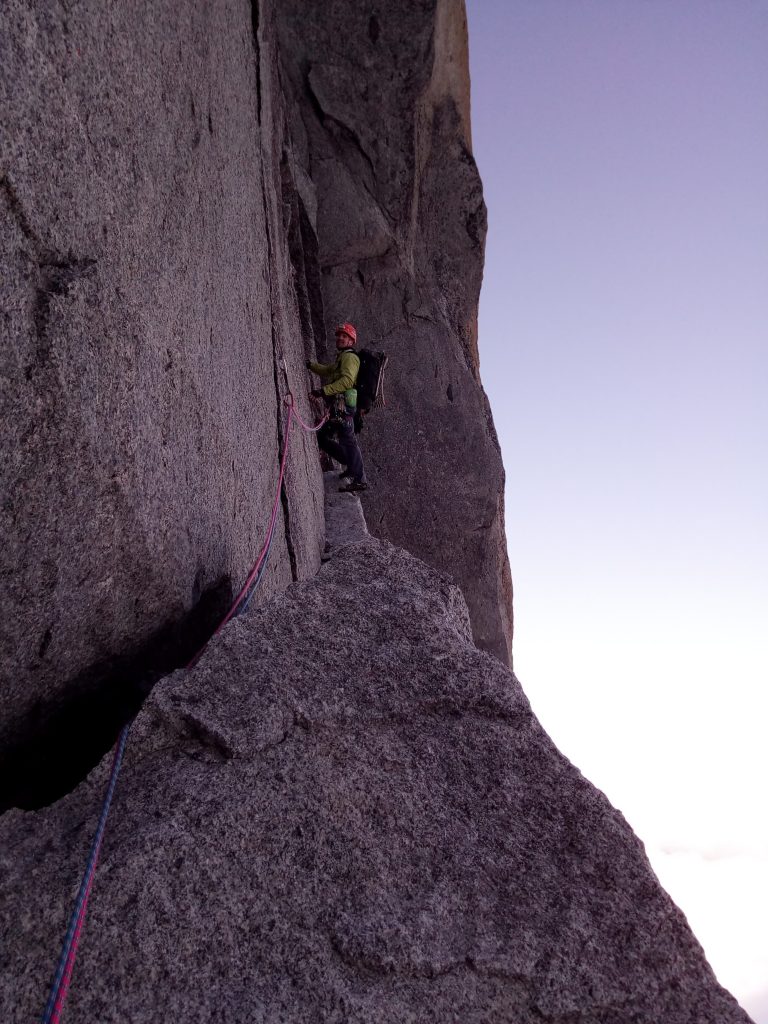 Will Harris on the Martinelli Crack. Photo Stu Macaleese 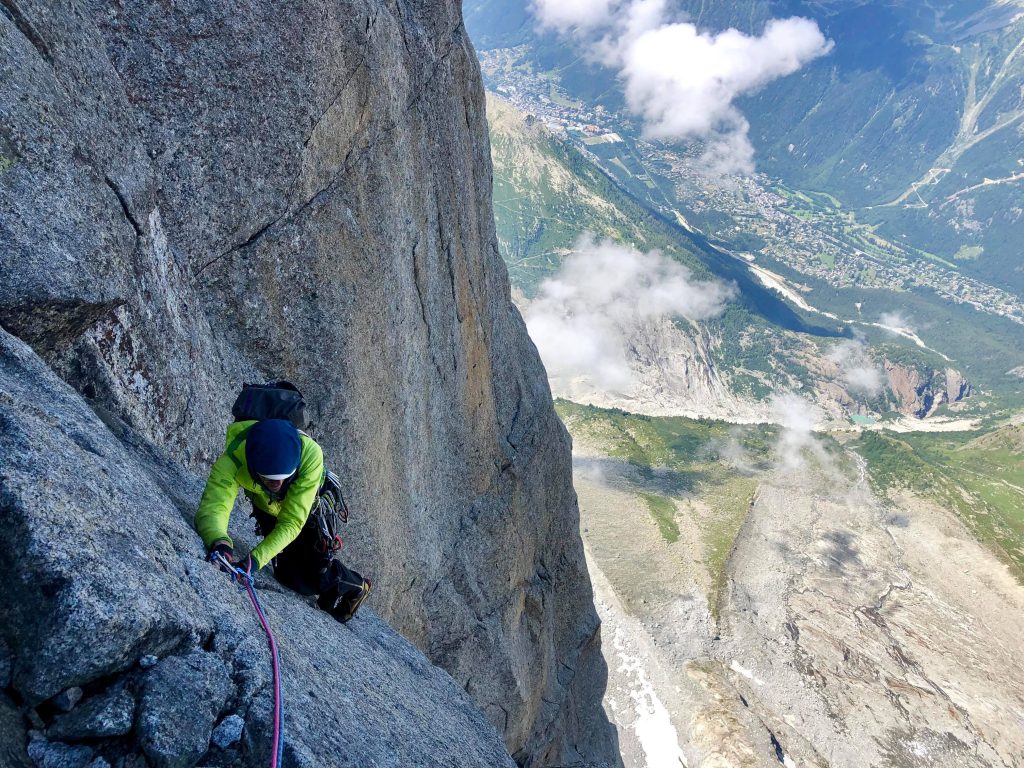 Descending from the Grand Dru. Photo Will Harris 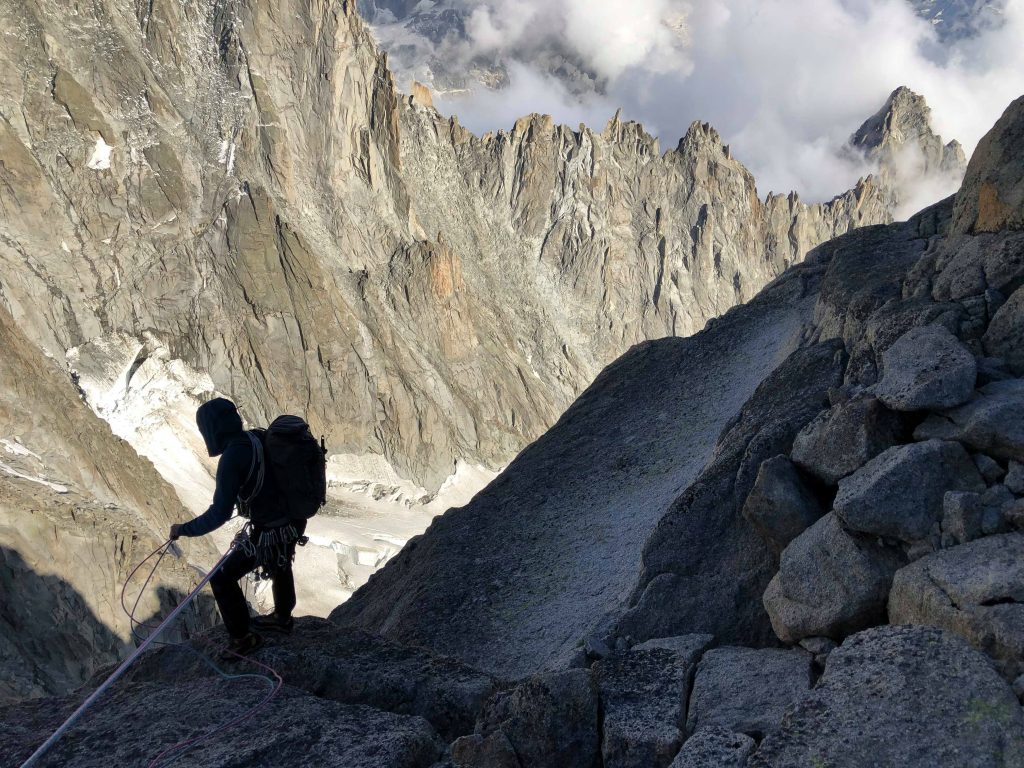 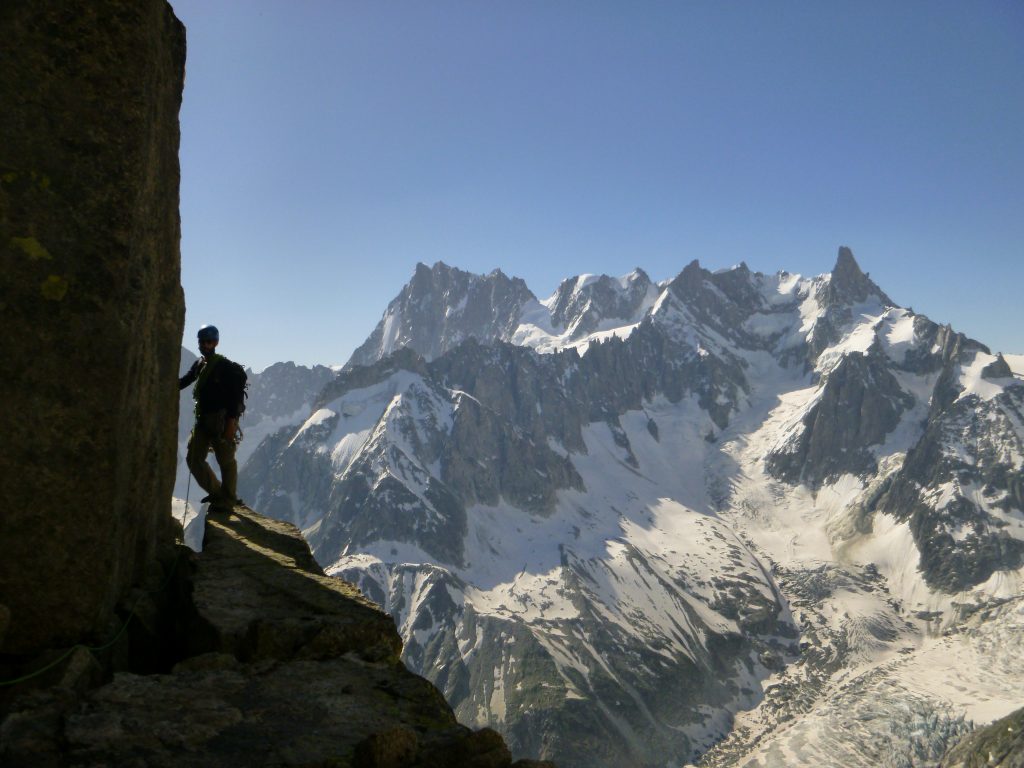 On the ridge above Les Lepidopteres. Photo Alastair Graves 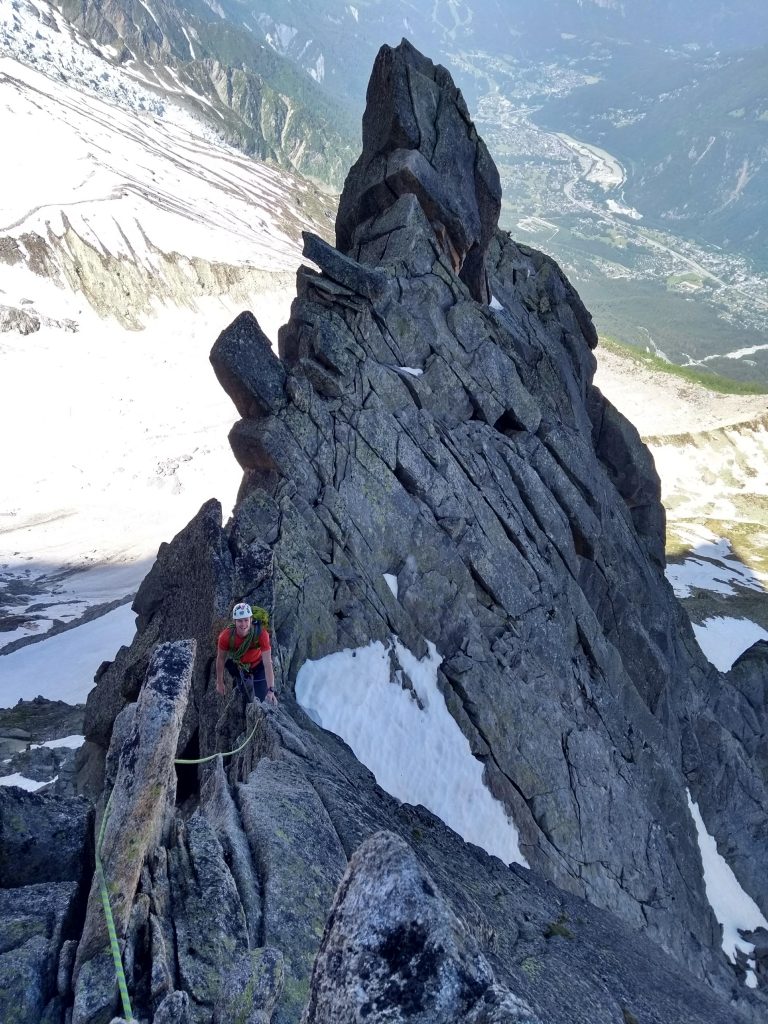 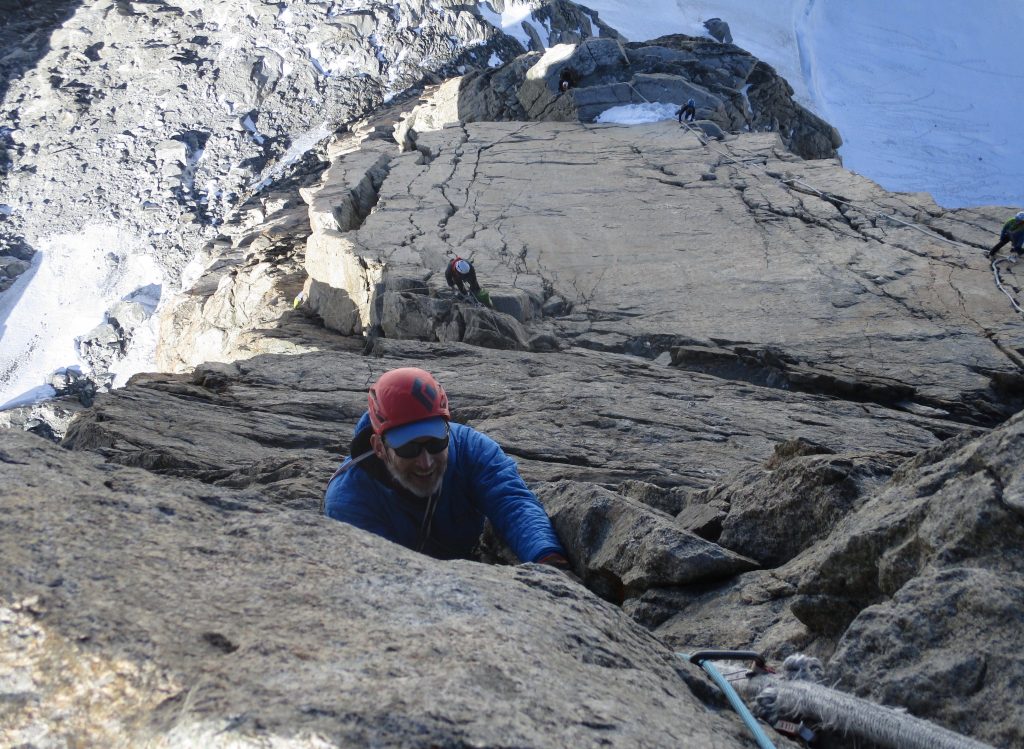 Arete a Laurence: Jack Helliwell and Alastair Graves [both RC] 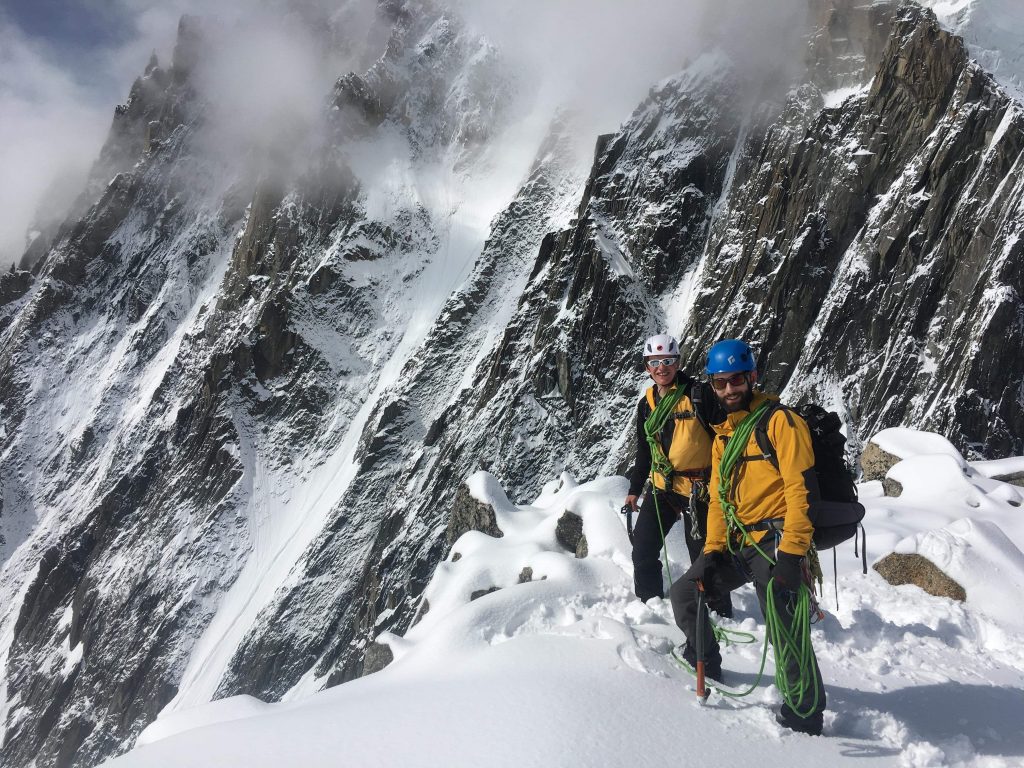 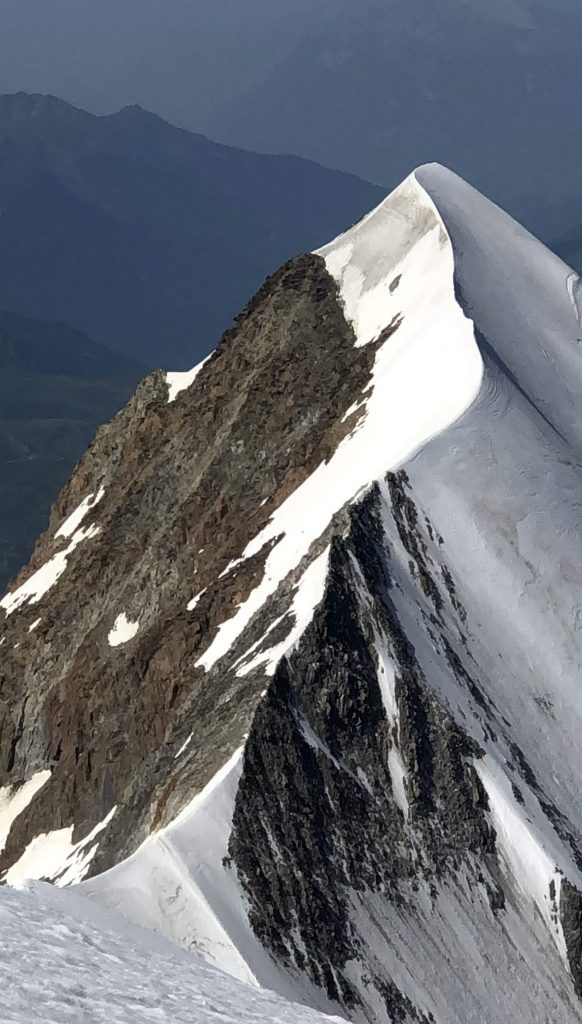 Dave Palmer [RC] + James Hoyes [carried on to this after completing the Liskamm traverse!]

Mike and Audrey Russell [both RC] 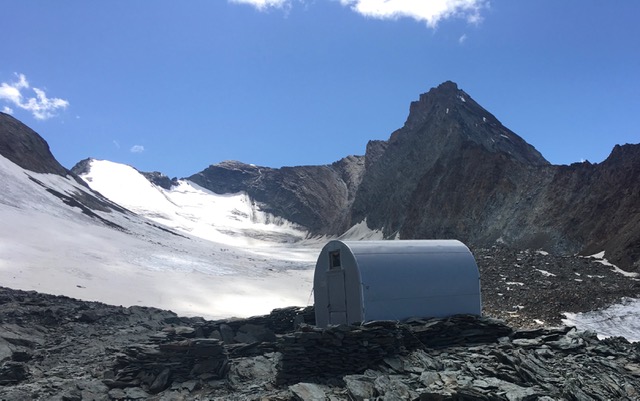 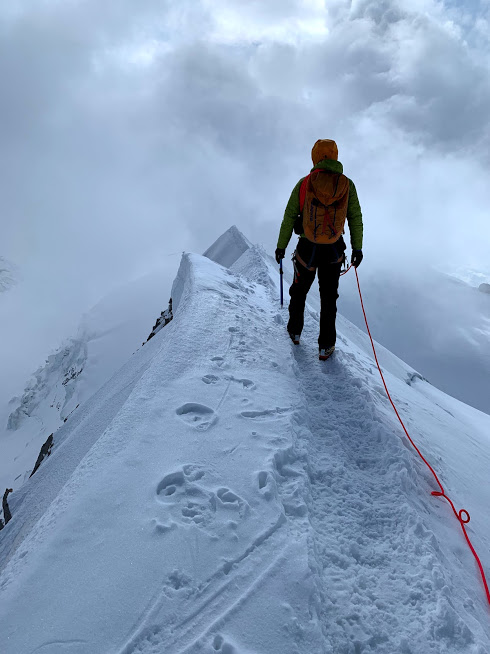 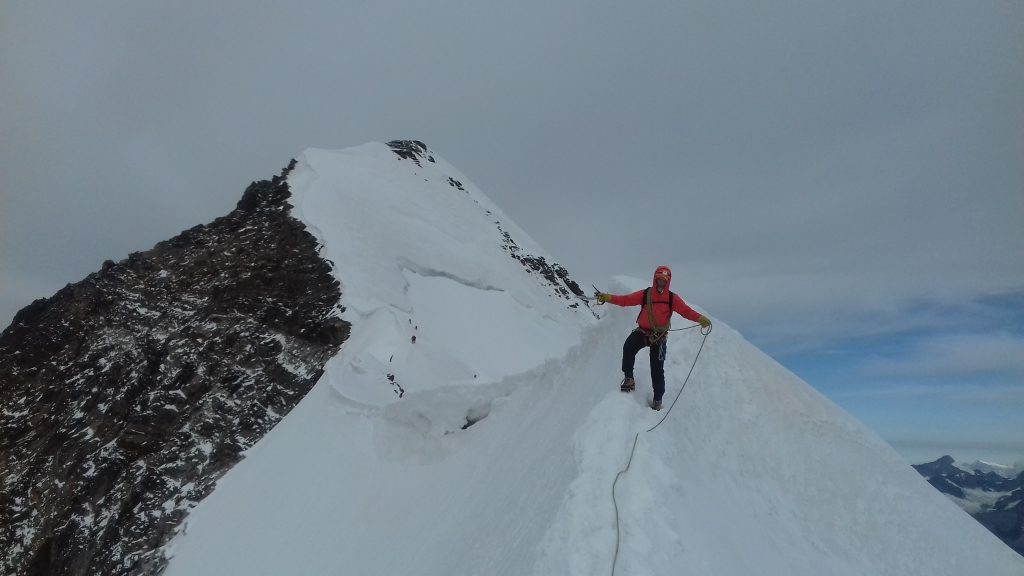 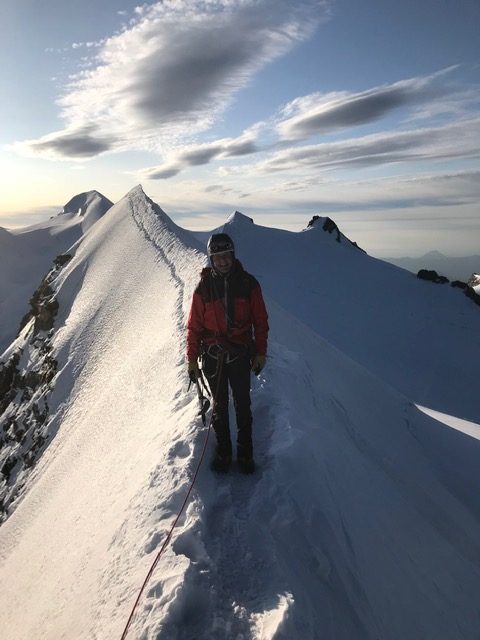 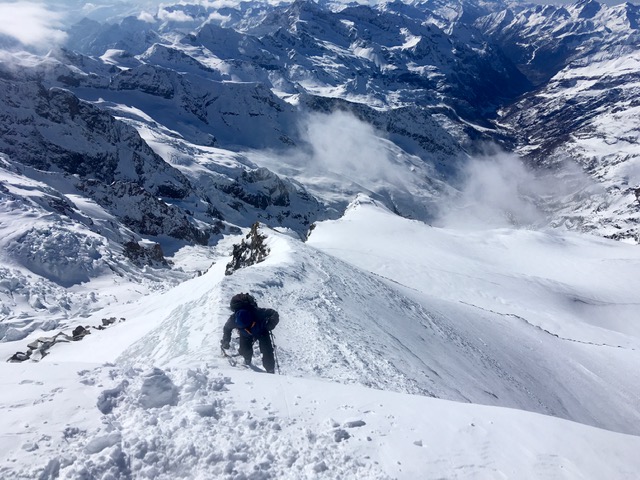 East Ridge of Castor with Liskamm behind. Photo Mike Russell 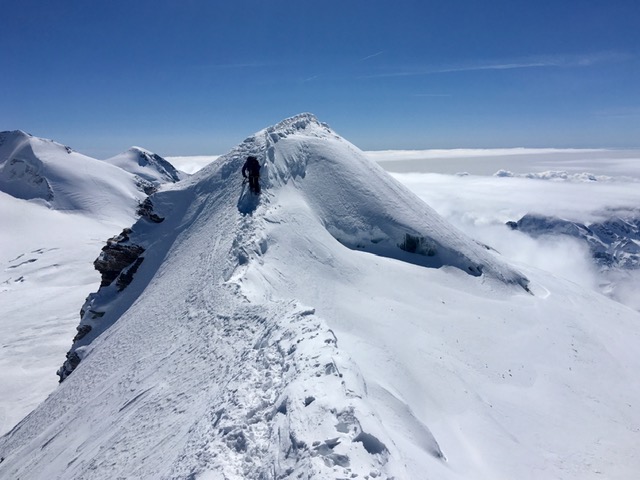 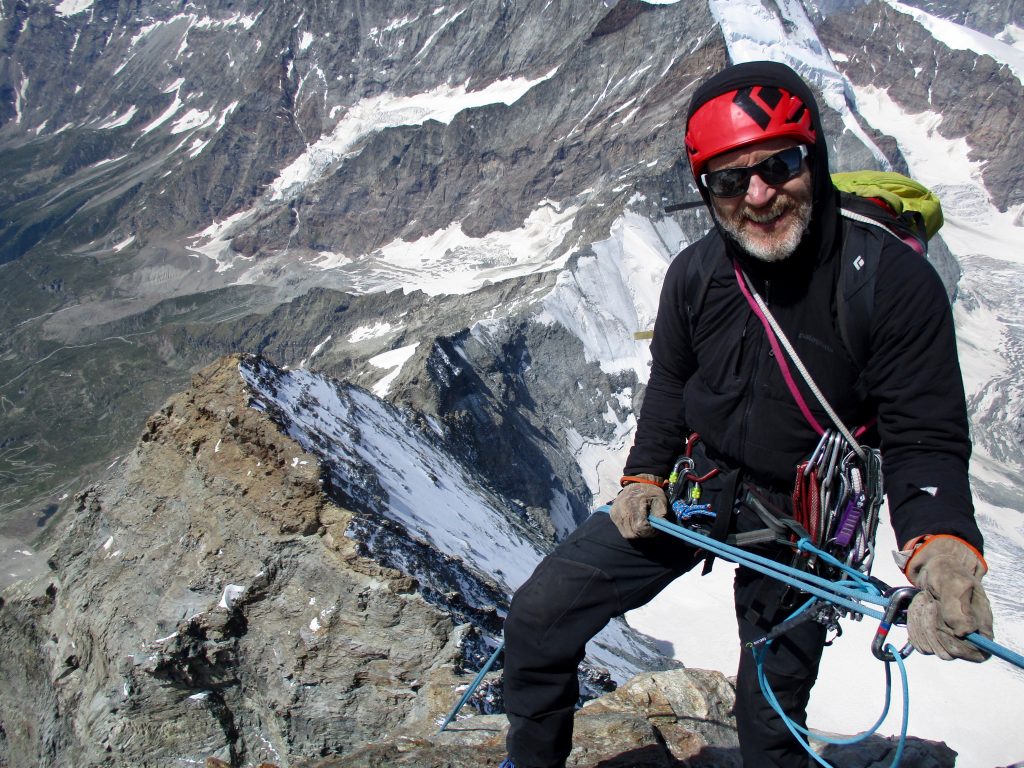 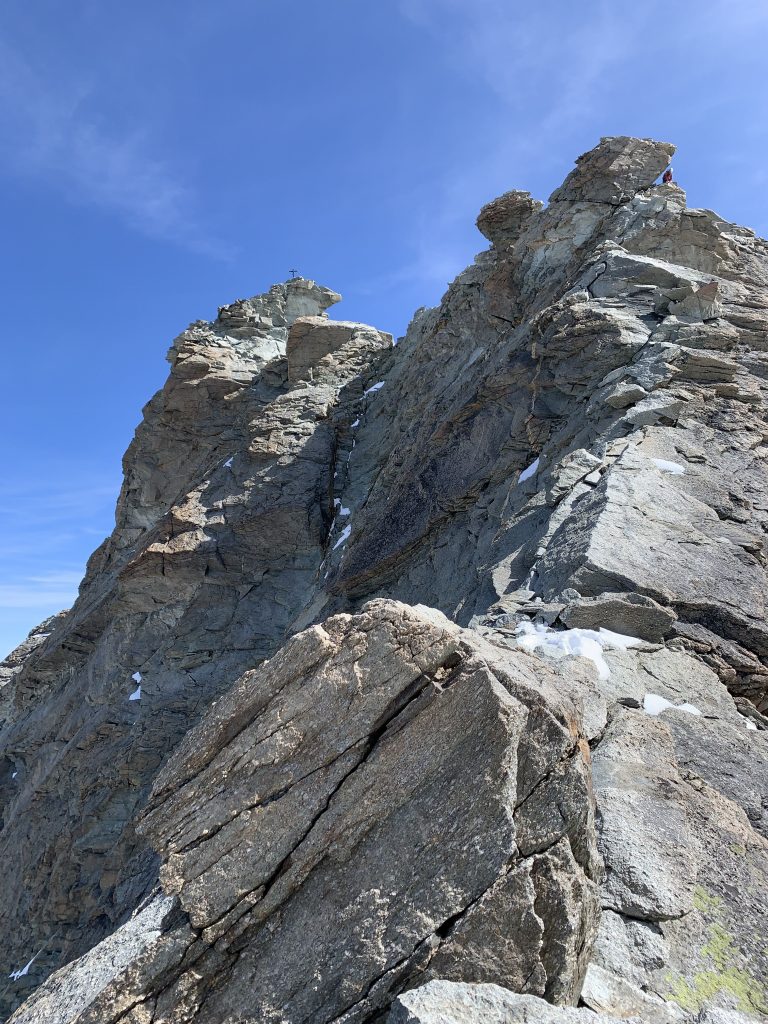 SE Ridge [via the Gabel]: Parminder Chaggar and Andy Tomlinson [both RC]. Descending upper section of the Rothorngrat above the Gabel. Photo Andy Tomlinson 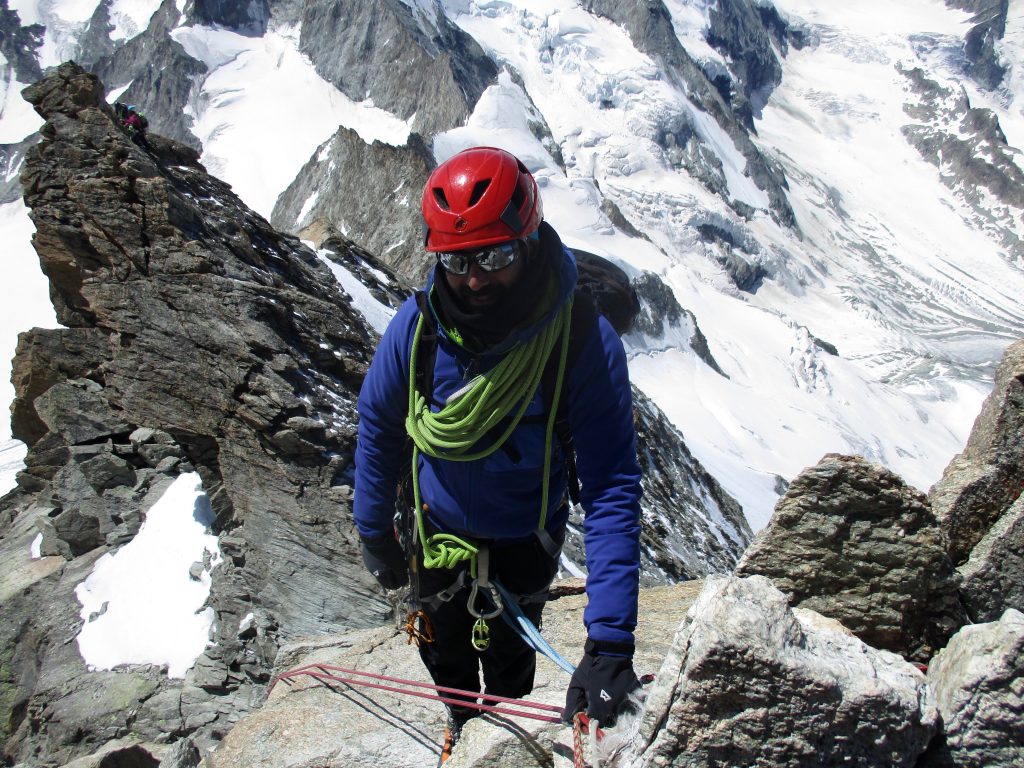 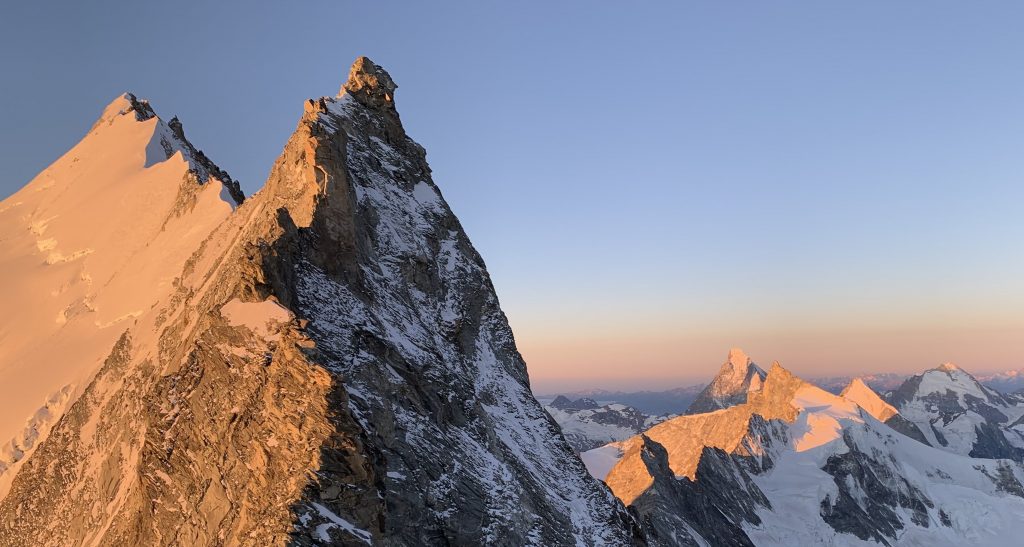 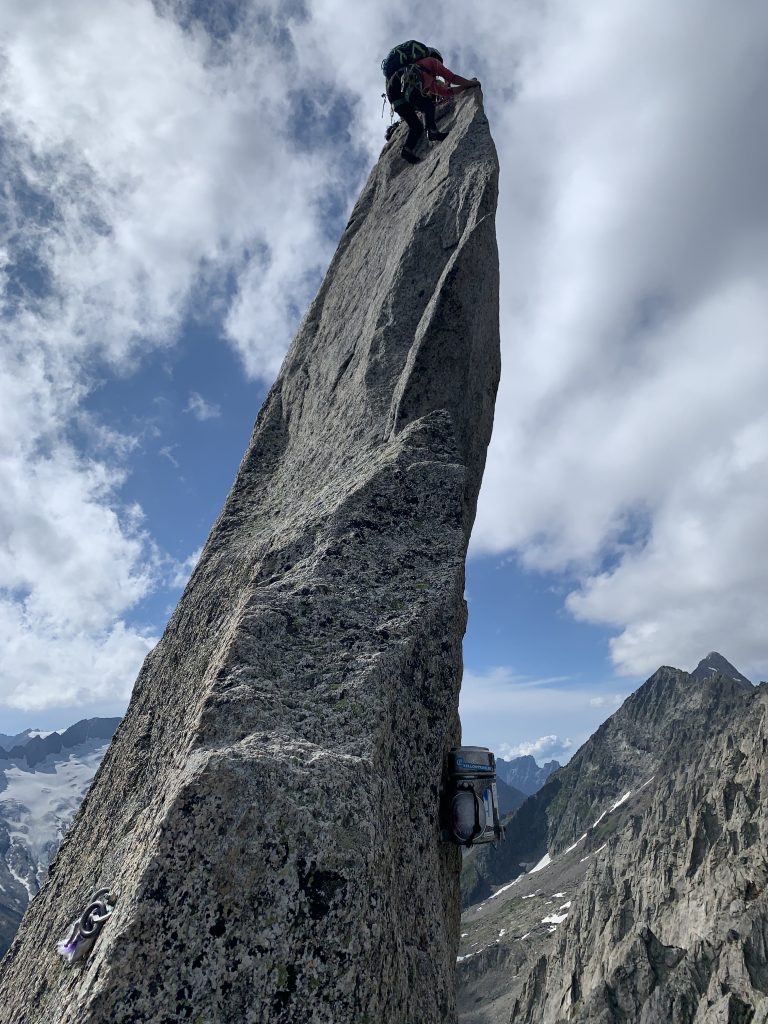 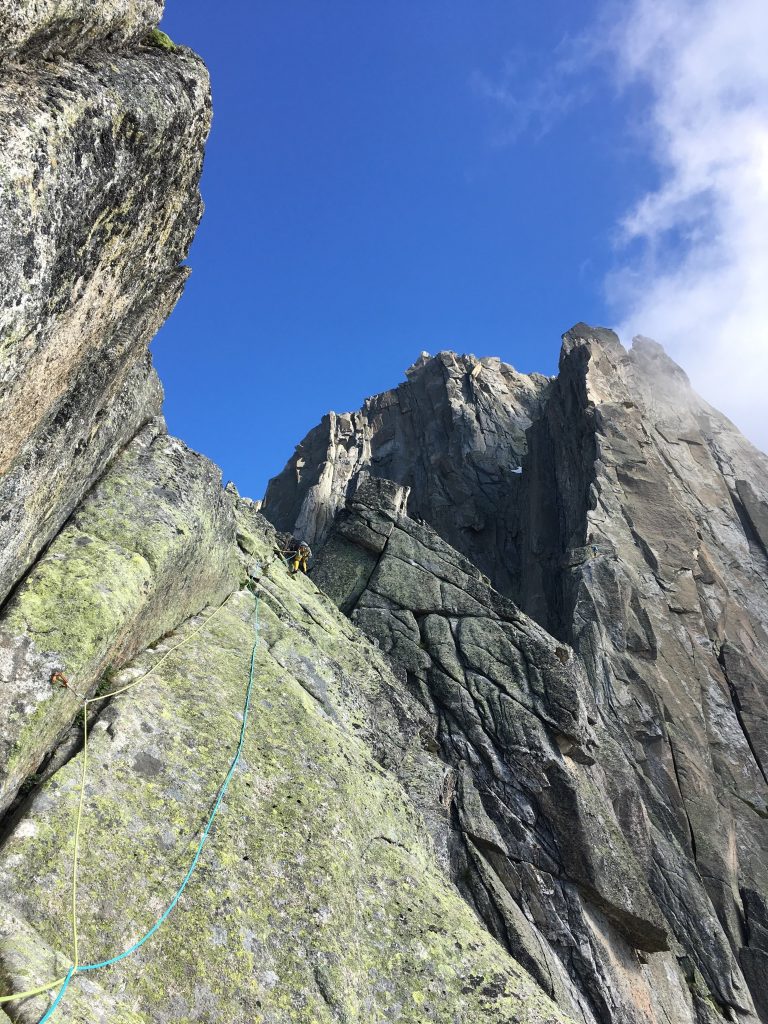 The classic Niederman route:Andy Stewart and Paul O’Reilly [both RC]

Walkers Haute route [Chamonix to Zermatt]:  Helen and Rae Pritchard did this route as training for Helens UTMR (Ultra Tour of Monte Rosa). Rae noted…”we did it in 5 days…a bit quicker than guidebook recommendations [10-12 days!] and was a bit uncomfortable for me!” Below, Helen giving Rae a quick break to take a photo! 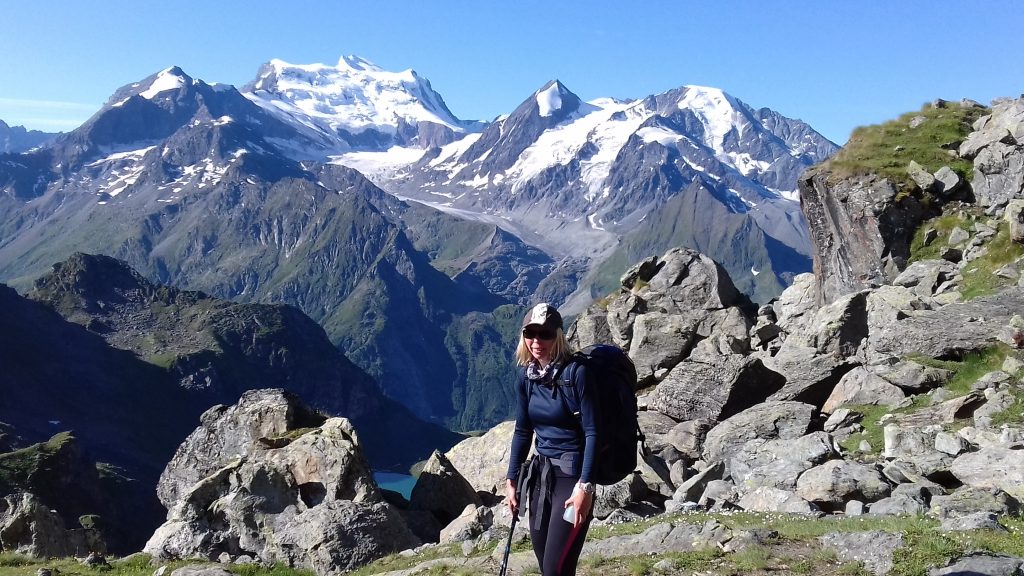 Bill and Dom had another very successful trip to the States and, on this occasion, not to Yosemite! They did a lot of climbing, but Dom said the following were the only true “alpine” routes!  Full details of the trip can be found at: https://rockaroundtheworld.co.uk/2019/08/ 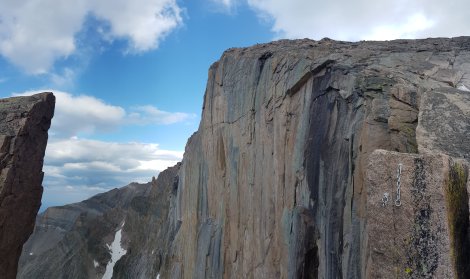 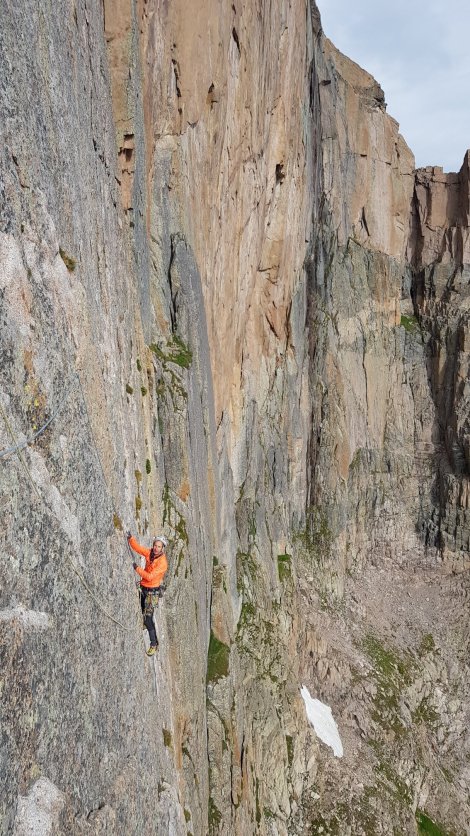 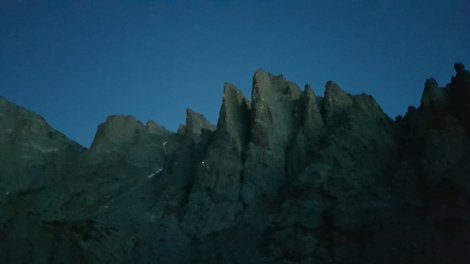 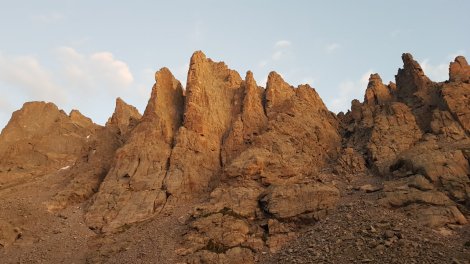 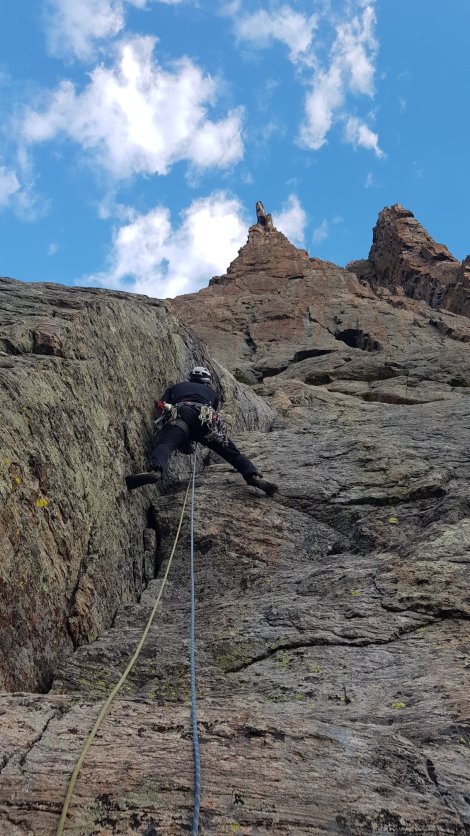