Our  “On the hill with…” series continues with Andy Stewart who has been a very active member over many years, quietly amassing an enviable climbing and trekking CV. He also co-ordinates the summer Wednesday evening climbing meets, arranging an eclectic mix of crags to visit each year. 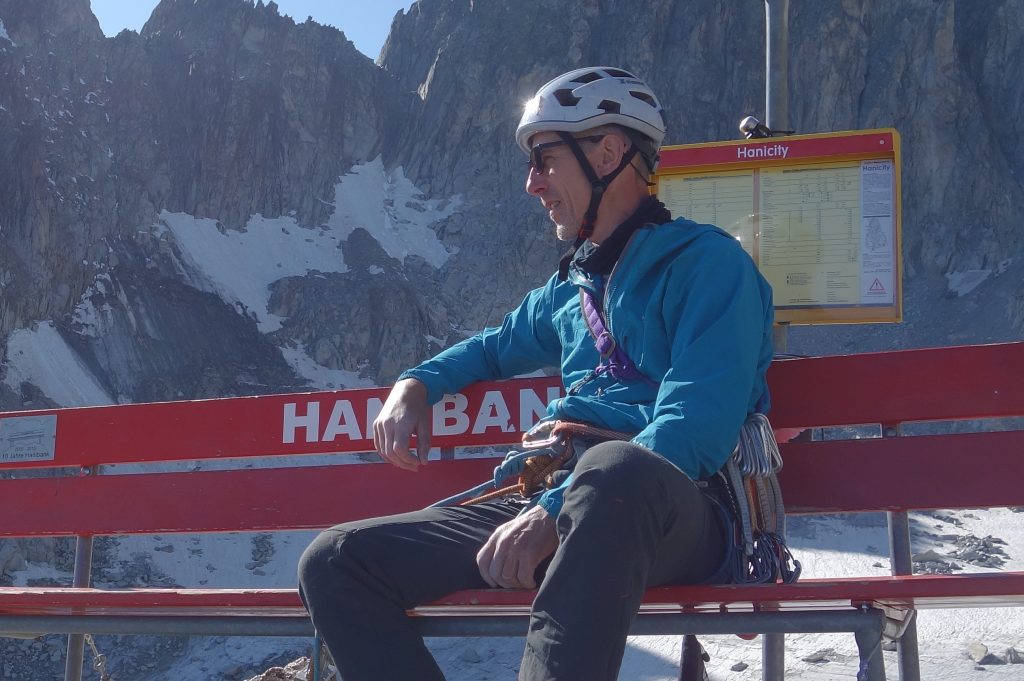 One of the benefits of a private education was a climbing club, which I was desperate to join aged 14, having been a keen hill-walker for several years.  I loved climbing on gritstone outcrops such as Castle Naze, but sweating in tweed breeches and tartan wool shirt in summer seemed somewhat archaic. Tracksuit bottoms were the way forward. My first climbing holiday to Cornwall in 1979 was memorable and being the youngest I got the booby prize of a full rack of ancient steel karabiners. Undeterred and totally hooked from the outset, I saved up for a rope and aged 15 headed off to Laddow and the Pass. Where else? When I had no-one to climb with I would happily cycle up Longdendale, stash my bike in the bracken and go and solo on crags such as Rollick Stones. I learnt very quickly whilst scaring myself on VSs that in this game you have to stay cool.

Initially it would have to be Ray Davies the teacher who ran the club and who demonstrated a selfless commitment to providing opportunities for youngsters, albeit privileged ones. What amazes me now looking back is the freedom we were given, which viewed through today’s prism might be seen as reckless disregard for safeguarding! Aged 16 I was allowed to attempt the Skye Ridge with two 15 year olds. We made it as far as the Bhasteir Tooth when deteriorating weather forced us to retreat.

Gary McCandlish a rebellious and talented climber convinced me to solo the Swine at Wilton in 1983. He had this bouldery E3 wired and talked me up it move by move. It opened my eyes to a world of possibilities beyond Hard Very Severe. A photo of Dave Pegg on Wimberry in the early 90s similarly boosted my ambitions at a time when the mainstream seemed to be edging towards the athletic but safe cul de sac of sports climbing. 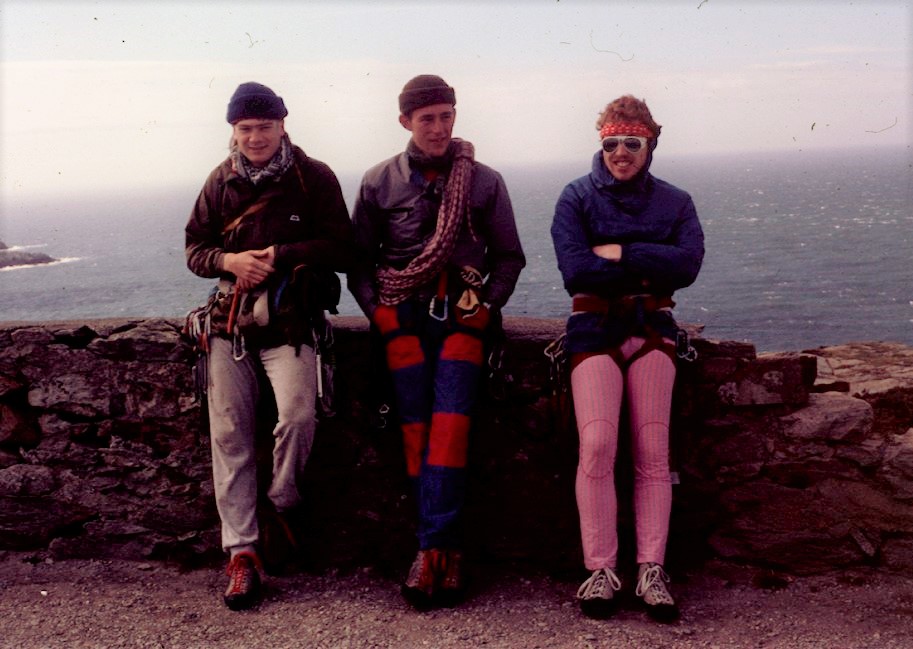 Andy (centre) and friends, Gogarth circa1985…and dressed ‘of the day’!

In 1987, Don Robinson of Leeds University showed me that a lightweight approach to travelling in the hills was preferable and faster than flogging around in big boots and oversized rucksack. This inspired me to take the concept to ridiculous extremes, undertaking remote treks with gear whittled down to less than was required for safety and comfort [see ‘Wild Treks Revisited’ RCJ 2016 pp54-63].

I met various members of the Back and Tans who just happened to be in the Rucksack Club which, amazingly enough, had huts. Memories of watching water drip down from sodden camping gear perched on the overhead luggage racks of trains, on the way home from Bangor, propelled me towards this haven of luxury.

What does the perfect ‘hill’ day consist of

Perfect days are all very well and I’ve enjoyed plenty. Grabbing an opportunity through a narrow window, where a degree of uncertainty as to the outcome engenders a sense of adventure is where it’s at for me. This can happen anytime but not all the time, which is probably a good thing! A couple of years ago at Craigallan Bill Deakin insisted he was going on the Ben with Steve Gregory despite the fact that temperatures were spiking. I had already talked myself out of climbing, but Paul O’Reilly and myself were shamed into it despite our better judgment. Paul led the first pitch saying he didn’t like it and the conditions were awful. I followed, pulling out visibly sagging ice screws. There was palpable tension as I traversed beneath the Shroud, which looked about ready to collapse. Once we’d diced with death we reached Ledge Route and thoroughly enjoyed the rest of the day with stunning views across to Tower Ridge. A day out motivated by FOMO -perverse isn’t it?

What have been your most memorable days

Gazing out from high on the Black Ladders towards Anglesey, watching head-torches light up across the face and feeling awareness stretch out to encompass being a tiny part of this achingly beautiful landscape. Simultaneously, driven by the pressing need to get up and off and down to the chippy. Those days are rare and pretty special. Often it’s during descents when the tension has abated and a sudden break in the clouds reveals an amazing panorama lit by magical light. Those are the rewards for extended toil.

My worst climbing accident was abseiling off the end of the rope at Hobson Moor Quarry and landing on a rock. As a teacher in charge of a group of sixth-formers it was an incredibly careless and incompetent thing to do and I won’t make any excuses. Out of embarrassment, I managed to hobble round and disguise the discomfort. Other than that I slid down the last few metres of the Nantillon Glacier and grated  the skin from my knuckles. Shortly afterwards a collapsing serac nearly wiped us out.  I’ve been incredibly lucky and humbled by experiences.  When someone died in an icefall collapse last year in Cogne it brought home the fragility and vulnerability of the situations in which we put ourselves, for what amounts to a daft hobby. I had climbed the freestanding icefall of Pattinagio Artistico along with Ade Pedley and others from the Club  the previous week. It was delicate but I didn’t feel it was in danger of collapsing. A French climber who had climbed a much harder looking route to the left asked me if I had found it very scary which struck me as slightly odd.  Ignorance is bliss?

What is your dream ‘hill’ objective

In September I was lucky enough to climb around the Furka Pass in Switzerland with Paul O’Reilly. We had 6 days of  pretty much perfect weather climbing  60 pitches on perfect mountain granite. That’s as good as it gets. 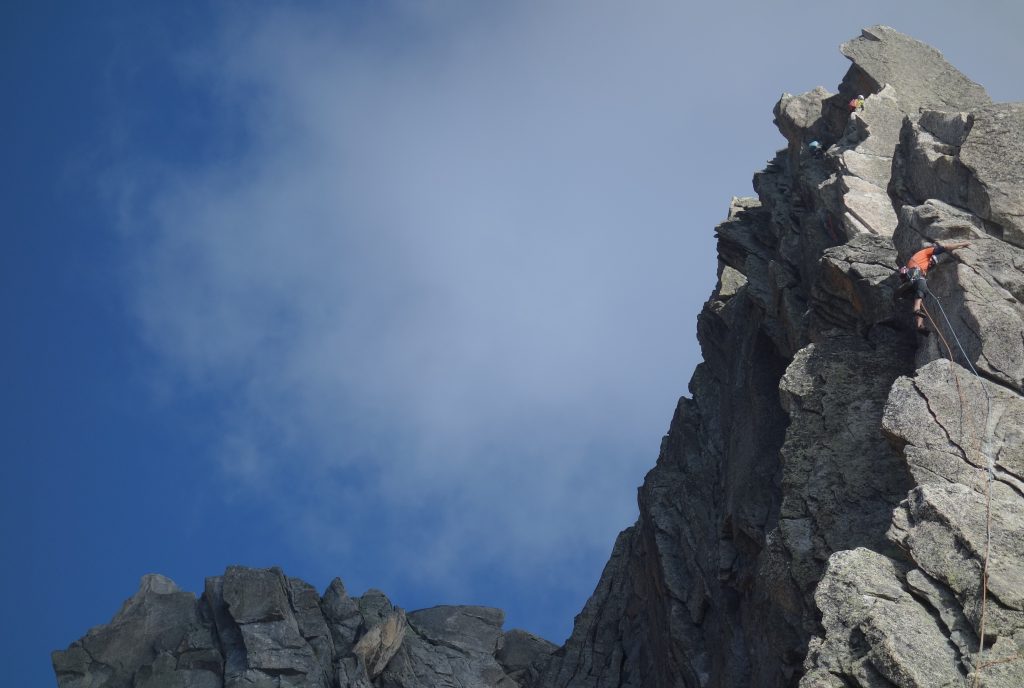 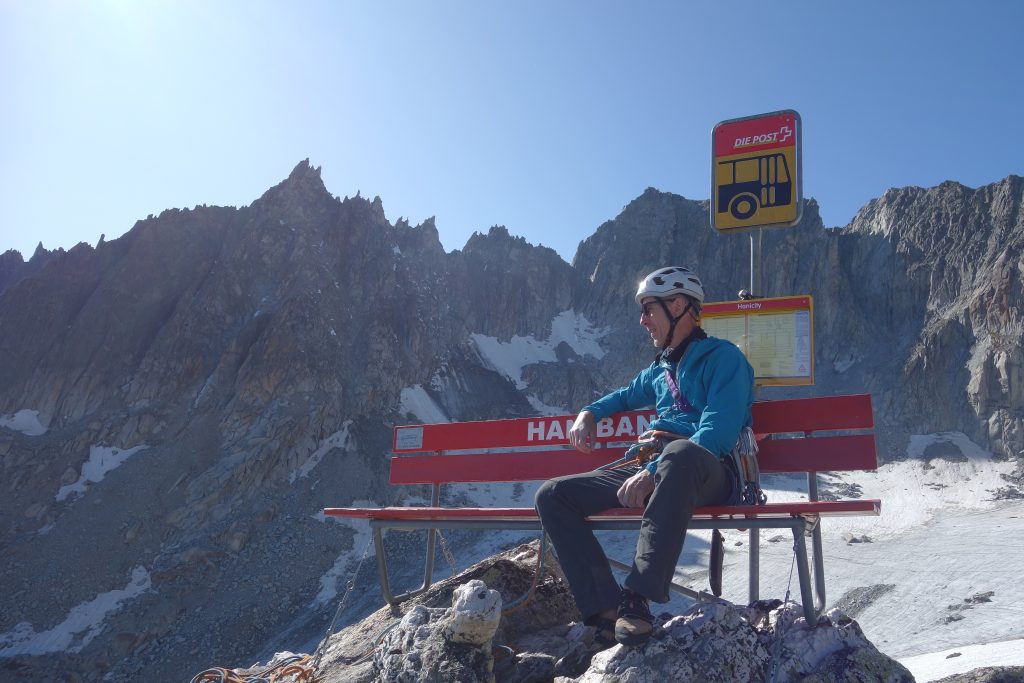 I have been a complete climbing tart over the years. I have formed symbiotic alliances of convenience with numerous partners. A great partner has to be compatible with similar interests and ideally complementary strengths. Partners come and go, get injured, lose interest, throw in the towel, move away, etc [See ‘Adventures with the Mercurial Mr Liptrot’ RCJ 2011 pp89-92]. I don’t know what I’m doing wrong really? I do enjoy my own company at times, which has proved useful when nobody else does [see ‘Soloing Big Walls for Beginners’ RCJ 2000-2001 pp44-46].

Opportunities are pretty limited, so the best policy is to dial down ambitions to avoid frustration. The trouble with climbing is that it feeds on itself and you end up inevitably wanting more. How much is enough?  Mo Anthoine hit it on the head nicely with the notion of feeding the rat.  The opportunities to take the rat to different continents are virtually non-existent these days, I haven’t been on a long haul flight for 17 years and I must admit I’m finding it harder and harder to justify unrestricted travel on environmental grounds [See ‘Climate of Change’ RCJ 2008 pp32-36]. I spend lots of time working on the moors doing conservation work, along with hanging around working in trees. I find that I’m satisfying some deep primal urges that would otherwise need to find an outlet.

If I managed a week in the Alps every year with decent weather I would be a contented person.

Those nice cosy huts are what initially lured me in. The people are what make the club though and the opportunities to share fulfilling and life affirming  experiences with likeminded idiots is what continues to make me shell out £60 a year.