Welcome to “On the hill with…” an occasional series of short interviews with members of the Rucksack Club. This week it’s the turn of Nick Wallis, who has a formidable climbing/running/mountaineering CV as you will see… 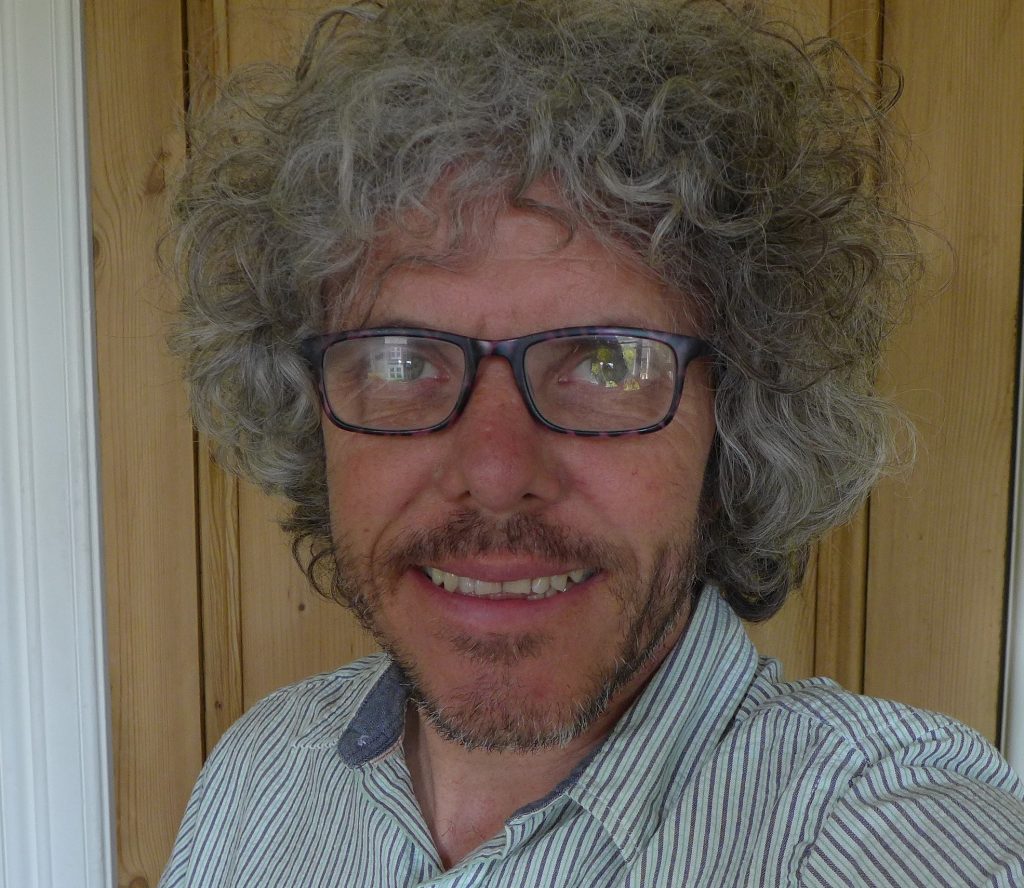 …and Nick [far right] on the first of his big rounds, the Bob Graham Round in 2004 with Olly Stephenson (Carnethy), Jamie Thin (Carnethy) and Steve Aspey. 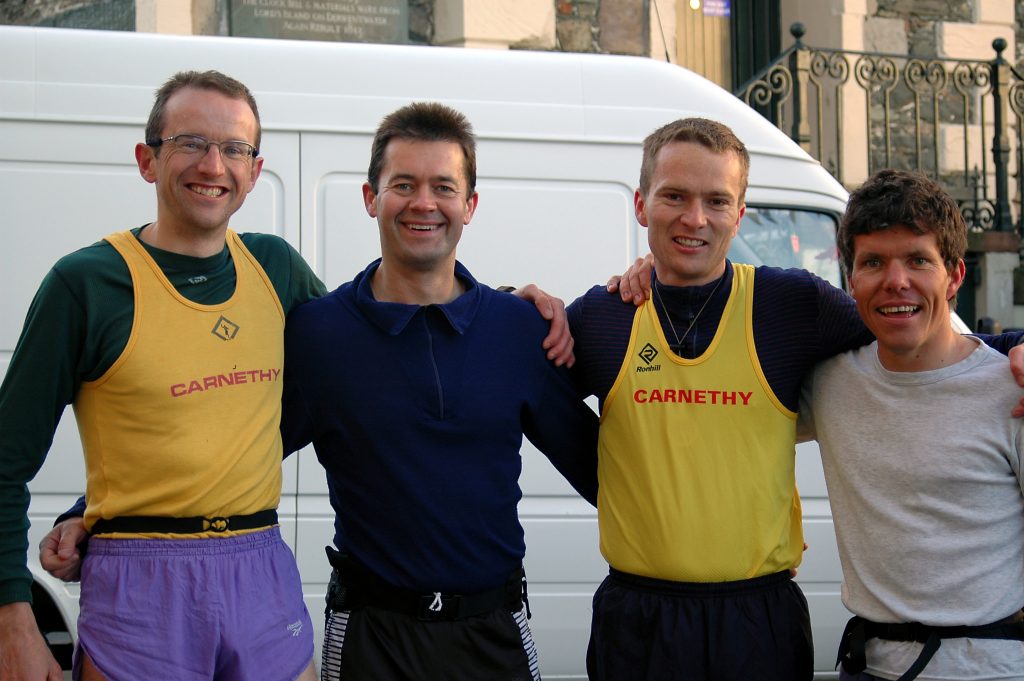 …and Nick on Stringfellow, Ben Nevis [2005] with Charles “Stan” Halstead. One of many memorable winter days on the Ben. 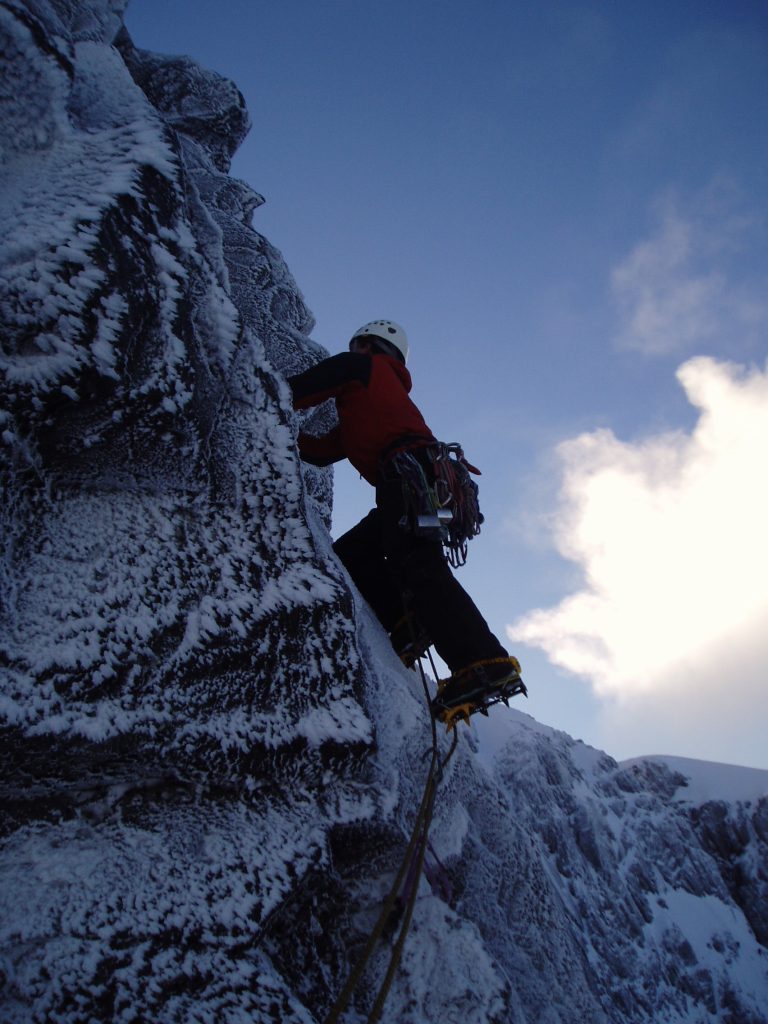 My parents took me hill walking and camping from quite a young age, one of my most vivid early memories is trying a greater Wasdale round with Dad and my elder brother Rob, I think I was only just aged 10 or so. My parents were also heavily involved in the running of the local Scout Group (1st Hurdsfield in Macclesfield) and so I went all the way through cubs, scouts and ventures (until we were chucked out of ventures for boozing, but that’s another story). So, I suspect like a lot of us, I have my parents to thank for introducing me to a life in the outdoors. 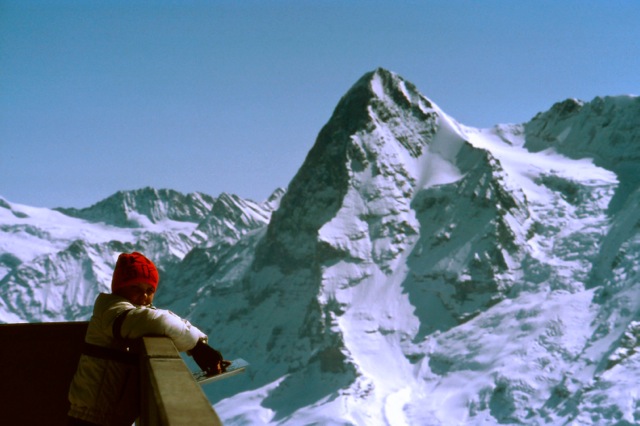 Eiger dreaming aged 12; trip to the Oberland with my parents

My parents mostly but also my scout leaders, and also I would say I read a lot of mountain literature in my teens (Boardman, Tasker, Rouse, Bonnington) – again this came from Dad mostly, these were the books around the house. Reading those books was a big influence to a teenage mind. Even now, I could probably recount pretty accurately the story of Boardman and Tasker on the NE ridge of Everest in ’82 – I remember thinking how incredible it was that they were up there; they were my heroes.

Dominic was my boss! (actually, Dom was my bosses boss). I hadn’t heard of the RC before meeting Dom, and his infectious enthusiasm worked its magic and here we are. I would say for me the two biggest lures were the huts, and the Gogarth meet.

I’m not a big fan of perfect days and the like, for me it’s mostly about being in a beautiful place, and the banter with mates. You can’t beat that feeling of being committed on a big route with friends. Nowadays, being older with a family, I would say skiing powder comes a close second.

That’s a hard question! There are so, so many it’s almost unfair to choose. But since you ask …… if pressed, my top 3 would be (1) the ’38 route on the Eiger [See The North Face of the Eiger RCJ 2007], (2) Salathe Wall on El Cap and (3) Ramsay’s Round. All three represented something I never thought possible when I started out. Very close on their heels would be the Schmid on the Matterhorn [See Three of a Kind RCJ 2009] the Walker Spur and the Scheideggwetterhorn NW Pillar. Then there’s days on the Ben, Pembroke, the Scottish 4000’ers in a day, Fairhead, big Skimo days, running across Wales in a day, The Cullin, Gogarth …. I think I’d better stop there. 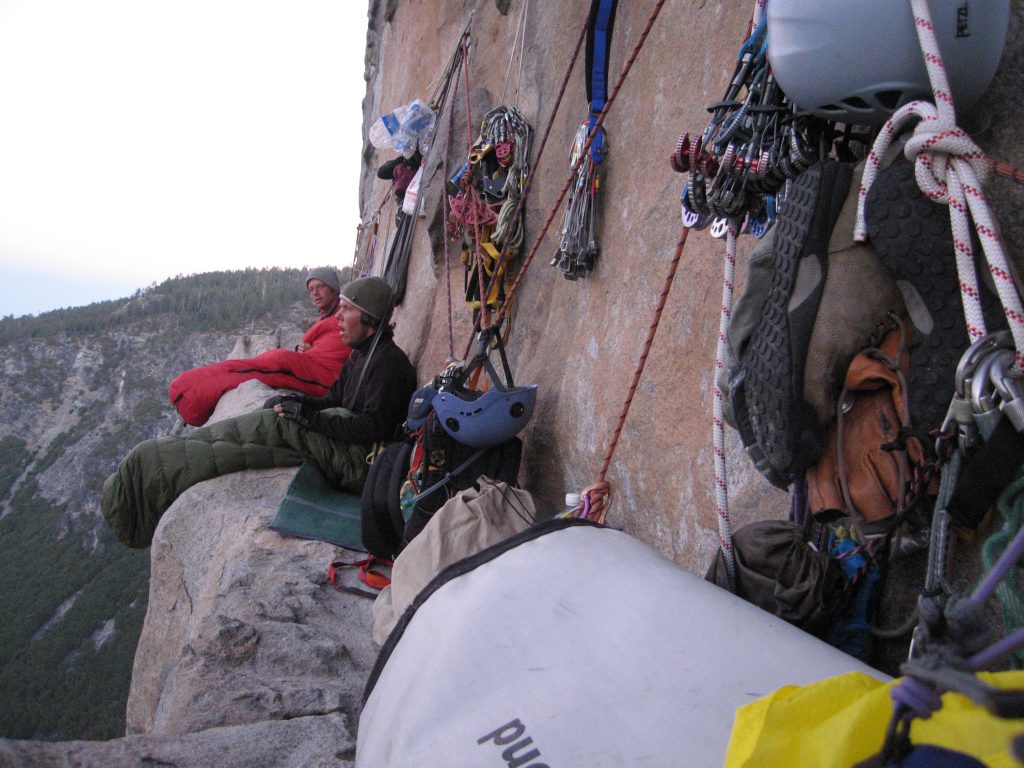 Salathe Wall, El Cap, 2007 with Andy Benson and Jon “tidy” Coe. First and only big wall [to date] hence we were really slow…5 days. Met Honnold shunting the headwall pitches on his own – outrageous – the rest is history. Just made it down in time to start my new job with a Silicon Valley tech Startup.

Remarkably few. I suspect like a few of us, most of these were when younger. As a student, I got avalanched on Skye which wasn’t great but we were OK. Early trips to the Alps spring to mind, 3 Monts traverse of the Blanc, the Hornli, getting stormed off stuff – we really had no clue what we were doing, somehow we got away with it. I think things like the Conville courses are a great resource, and would urge those starting out to use them.

Any – I’m not fussy these days.

These days, mostly anyone who is free! But when you’re committed on a big route it’s reassuring to be with a solid partner who you know won’t be phased if the sh!t hits the fan.

With a busy professional +/- family life, how do you manage to keep active in the hills?

Lots of spinning of plates, and a very understanding partner! I’m a bit broken for running these days, and so mostly I’m out on the bike for exercise [..and the occasional family trip (Ed), see Cycle Touring with a Nine-Month-Old RCJ2015]. Other than that it’s just climbing – I don’t get away to the hills nearly as much as I’d like. Having said that, I can normally squeeze in one ski touring trip a year and a weeks climbing somewhere (not this year though!) 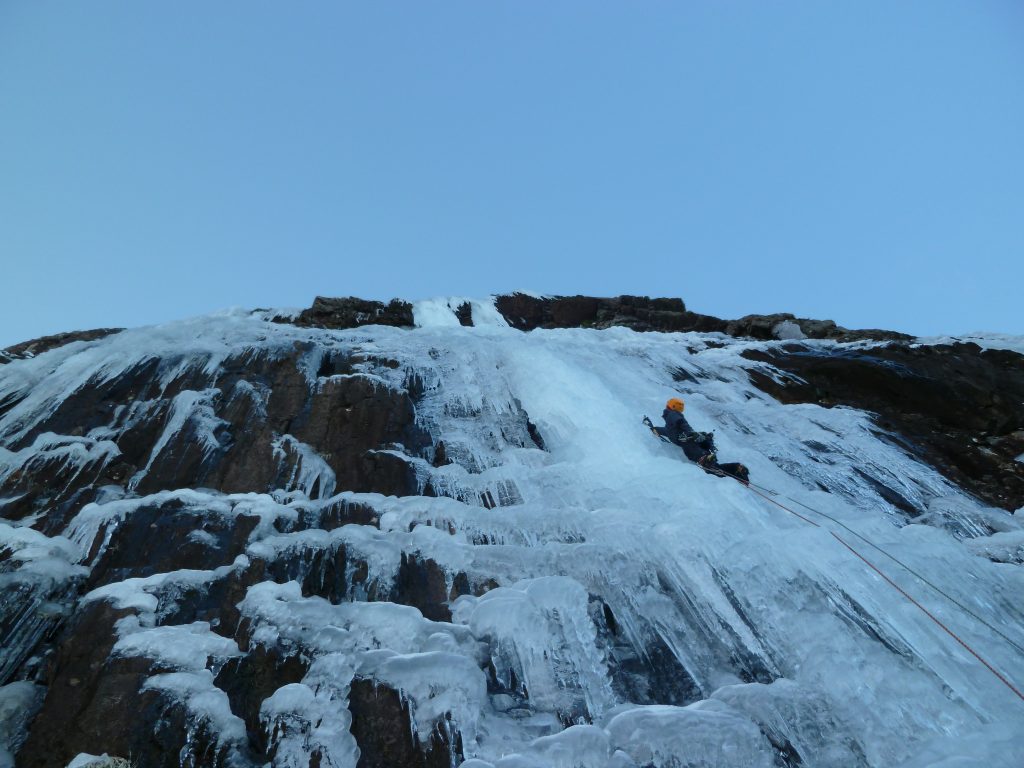 Central Icefall Direct, 2010, with Rich Cross. Day hit from Sheffield, we were 1st on the route getting there before the slackers who were staying in the CC hut in the pass!

None at the moment – this year has been a bit of a write off due to covid – although I consider this very much a 1st world problem and there are obviously plenty of folk in much, much worse situations.

Lots of friendly folk, Dom’s Gogarth meet and the huts! (esp. Craigallan – so many memories of great weekends up there).