In an earlier post in this series Andy Tomlinson gave us Tim Wyldbore’s amusing account of Cwm Eigiau’s transformation from a remote shepherd’s cottage to Britain’s first climbing hut, together with Roger Booth’s detailed history of the hut up to the end of the Club’s tenancy in 1921.

The accompanying photograph of Cwm Eigiau Cottage was taken in May 2006 shortly after a crack Wednesday Walkers team set off on a three-day tour of the Welsh 3000s. We found the hut (maintained by Rugby Mountaineering Club) little changed, with basic facilities, no electricity, bottled gas instead of the ‘capricious’ Primus stoves for cooking and access on foot only: a proper mountain hut! 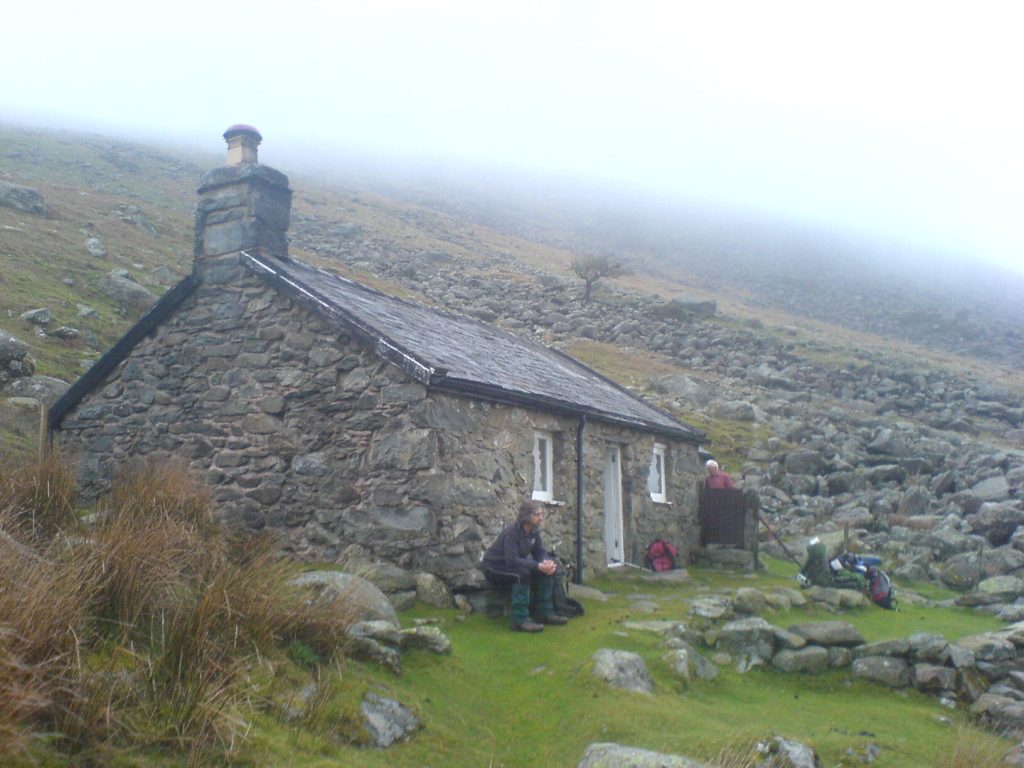