Five years after the Club’s lease of Cwm Eigiau ended in 1921 a sub-committee was formed to find a replacement “in some local climbing or tramping area but not so difficult of access as was the Cwm Eigiau hut or even so far off as the Langdale Valley”. A search for premises close to the Kinder/Bleaklow area proved fruitless but then Herbert Carr, Hon. Sec. of the Climbers’ Club and former Rucksack Club member, suggested Tal y Braich Uchaf, a small farmhouse near to Helyg, the CC’s new hut in the Ogwen Valley. A lease was signed in February 1927 and we are fortunate to have in the archives Keith Treacher’s unpublished history of Tal y Braich covering the next seventeen years, which can be found here 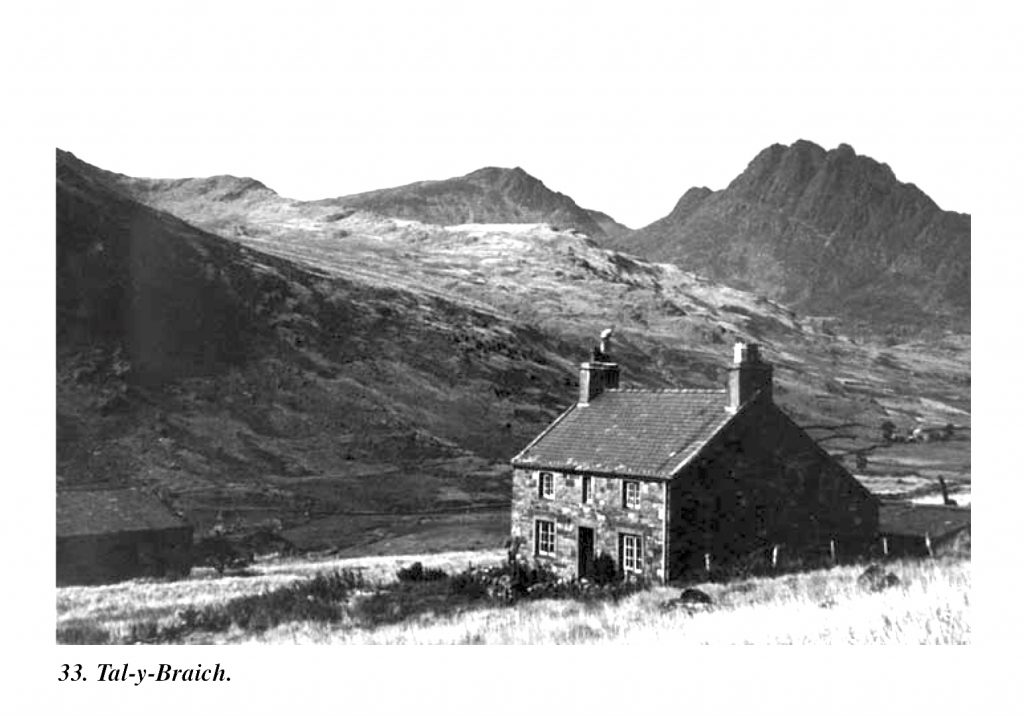 As Keith says, this was a particularly active period in the Club’s life and he highlights the impressive list of first ascents recorded in the hut’s log book. Several of these were the subject of Journal articles and I have selected Lindley Henshaw’s entertaining account in the 1928 Journal of the attempts and final ascent of what became Pigott’s Climb on Clogwyn Du’r Arddu’s East Buttress. This represented a major breakthrough. In his Climbers’ Club Guide to Snowdon and the Beddgelert District (1926) Herbert Carr had written of the East Buttress “Has never been climbed. The final wall is quite impossible. But the lower 200 feet, below a broad green gallery, may yet be conquered by a bold and expert party”.