Harry Doughty joined the Club in 1920 (at the age of 31). As well as a Journal Editor [of some repute], he was President of the Club in 1934-35. He was a good rock-climber and was usually in the company of his great friend, HM Kelly. 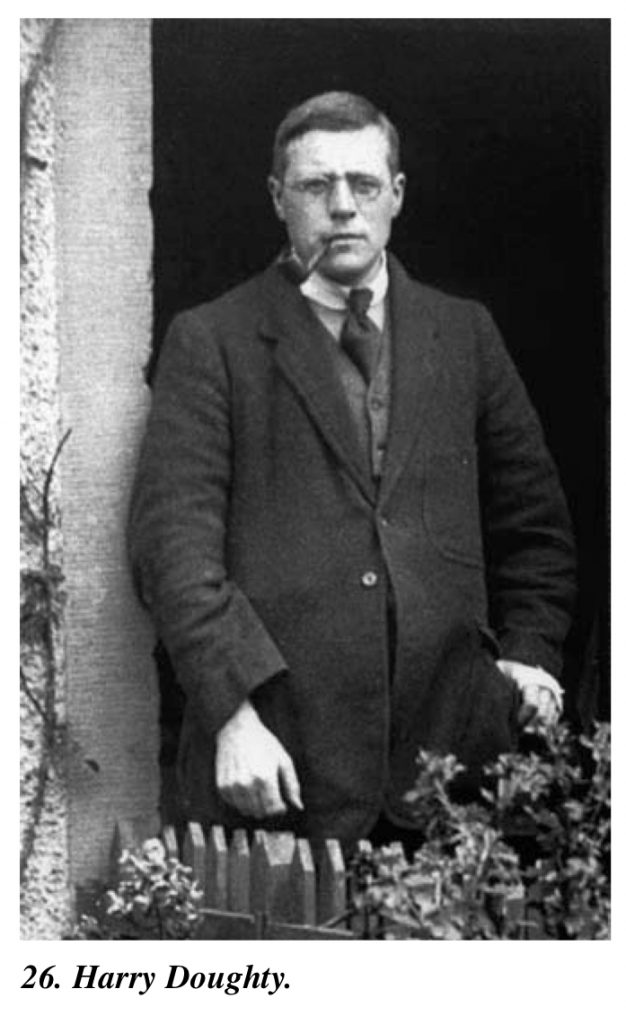 He was a popular, and much sought after, after-dinner speaker…indeed, The Conventions of Mountaineering was first ‘read’ before the Club in 1924 and then appeared in the 1925 Journal [not one for which he was responsible], which had the photograph of the Grandes Jorasses by Eustace Thomas on its cover [below]. 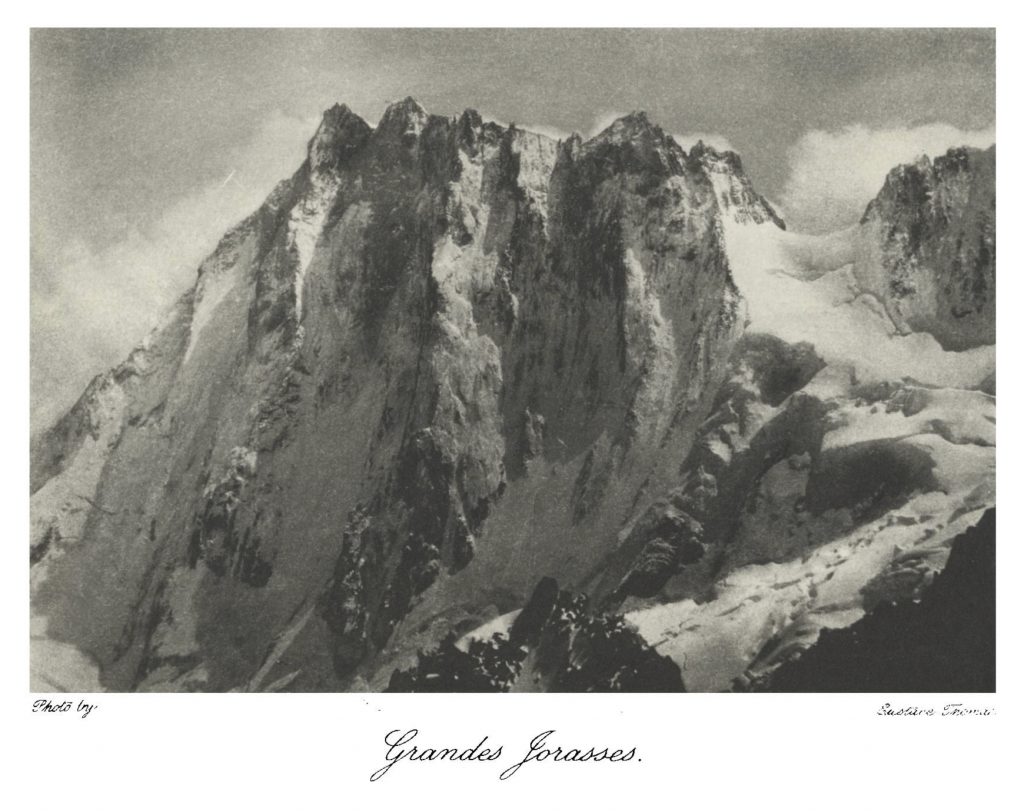 At around the time Doughty wrote this article, someone had made a plea that nailed boots should not be used on certain climbs. The somewhat contrary edict was put forth that the nailed boot should be the standard wear and that rubbers should be used only by experts on climbs of great severity. Doughty was strongly opposed to this. Far from leaving rubbers to the experts, he was known to allow a beginner to climb in them on his first day out, to help him acquire movement in balance at an early stage, provided he had begun the day with a climb or two in nails. This friendly controversy stimulated him to examine mountaineering conventions as a whole.

He arrives at the conclusion that, as regards its conventions, we treat mountaineering as a sort of game complete with the element of competition between climbers and a set of unwritten rules. Interestingly, Sir Arnold Lunn (who, among other distinguished claims to fame, produced the anthology of alpine prose and verse “The Englishman in the Alps”) considered that Doughty’s article was one of the best things written on mountaineering.