Our “On the hill with…” series continues with Club stalwart, Mike Hartley who has many strings to his bow including…fell runner [holding the Pennine Way record of 2 days 17 hours 20 minutes and 15 seconds set in 1989], rock climber and sea kayaker. 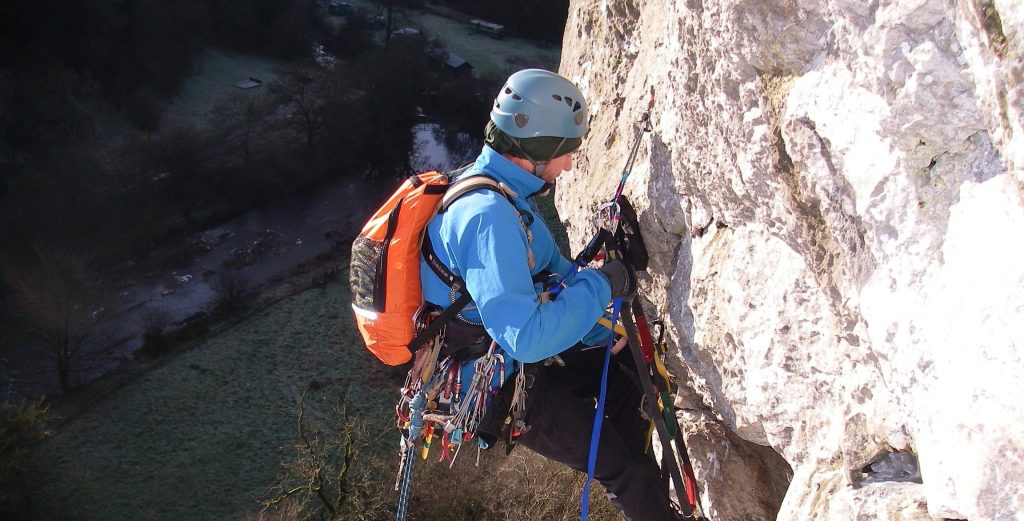 I joined an outdoor activities club at Secondary School, the student teacher introduced me to rock climbing and persuaded the PE Department to buy a rope and one sling.  After he left the school my mates and I used to borrow the “equipment”. When we left we borrowed it on a more permanent basis!  This number 3 nylon rope came with us on many hitching trips to the Roaches and North Wales, proudly displayed on the top of our rucksacks as a sort of talisman.

The student teacher initially and then my parents in an inverse sort of way, they didn’t encourage me to climb nor did they discourage me so I took this as a sort of signal that it was okay.  Eventually I joined Stafford Mountain Club followed by Lichfield Mountaineering Club and more recently Craven Pothole Club.

I was proposed by Mike Cudahy and seconded by John Richardson after I had set a new Pennine Way record.  I suspect they couldn’t accept a non-Rucksacker holding this prestigious record! Running members please note! 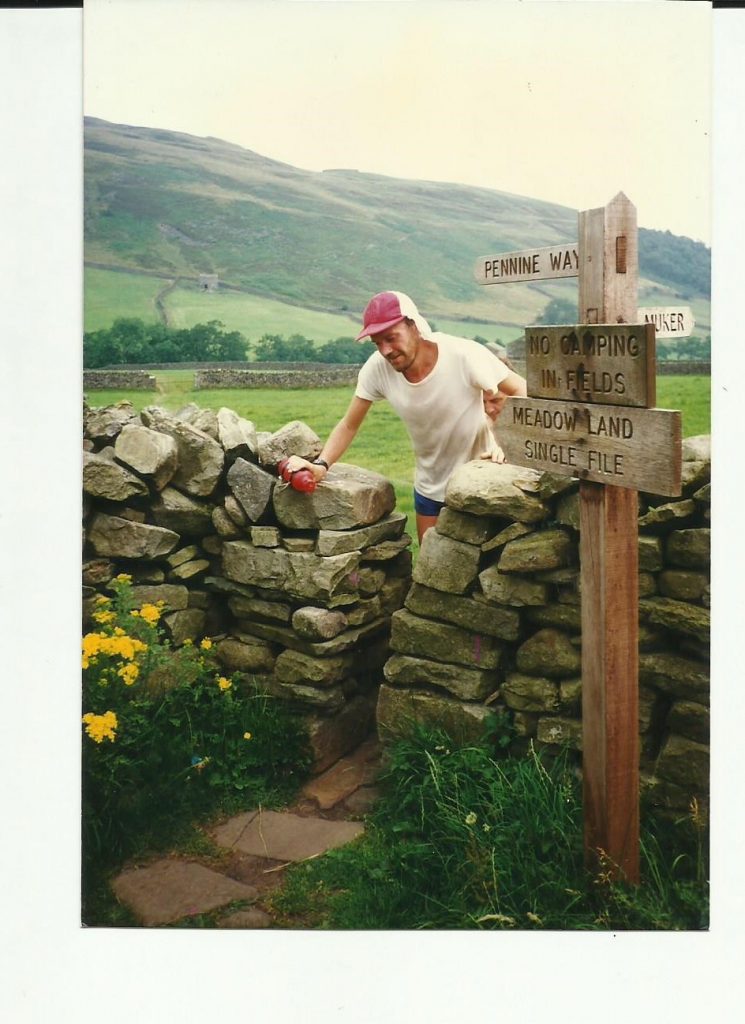 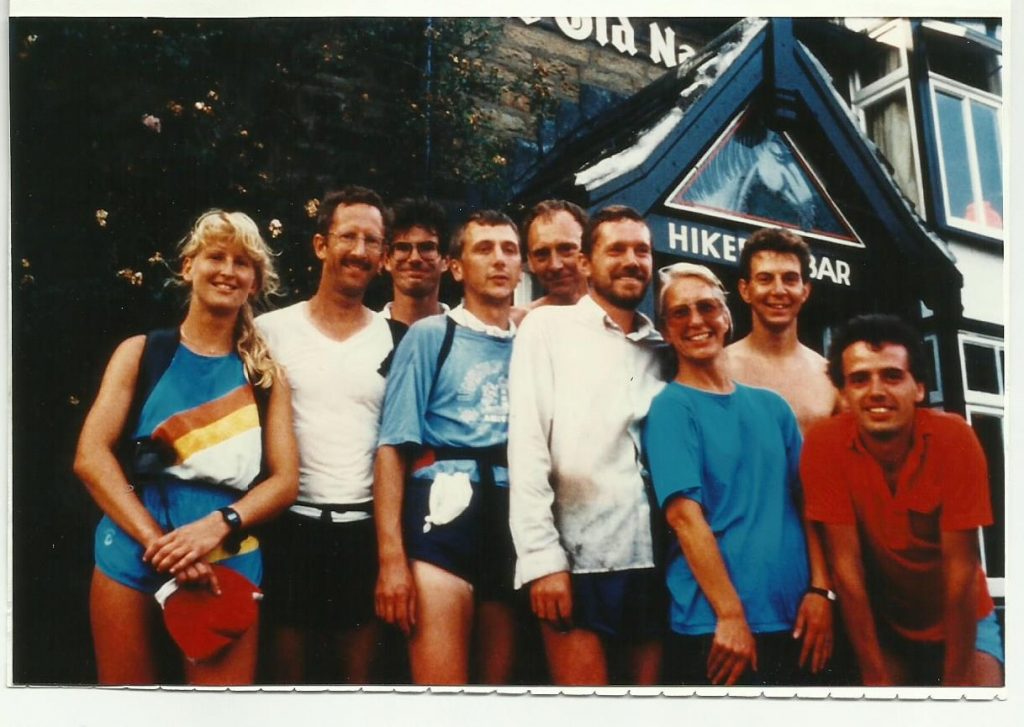 Good weather is preferable but not essential.  Achieving the objective but not too easily.  Maybe some little incident to cement into memory.

My first day’s rock climbing seemed so natural and so easy, even in the snow drifts that day on Stanage, I knew I was hooked.  Unexpectedly winning the Fellsman Hike.  Finishing the Munros.  Paddling round Muckle Flugga.  Big Walling in Yosemite.  Meeting a disabled man at South Stack, see RCJ 2008 ‘This Life’.

Ending up in hospital after the Stafford Mountain Club annual dinner in the early 70’s (injuries nothing to do with mountaineering).  Nearly drowning in Swinstoe Hole, see RCJ 2016 ‘A firmer than usual handshake’.

It is now a dream but it would be to solo Dihedral Wall on El Cap. Just thinking about it makes my palms sweat. 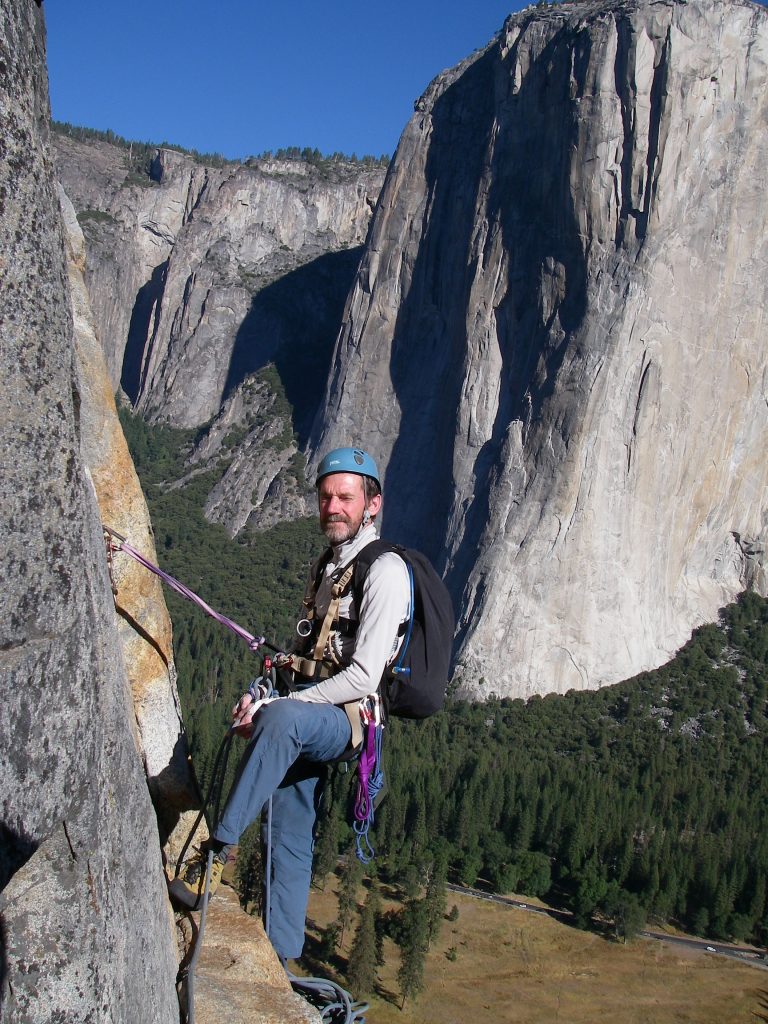 Mike hanging out in Yosemite

Being in the company of someone I feel comfortable with, someone with a sense of humour who doesn’t take things too seriously.

Same as I have always done but less of it.  I still cave, climb and paddle with the occasional bike ride.  The running is now more a “jog/walk” but I still enjoy getting out there.

To continue my annual multi-day sea kayaking trips off the west coast of Scotland.  I don’t think I will ever tire of the thrill of lead rock climbing, despite a degenerating body and looming hip replacement.  I always dream I can aspire to lead climbs which I couldn’t thirty years ago (a bit ambitious, maybe). 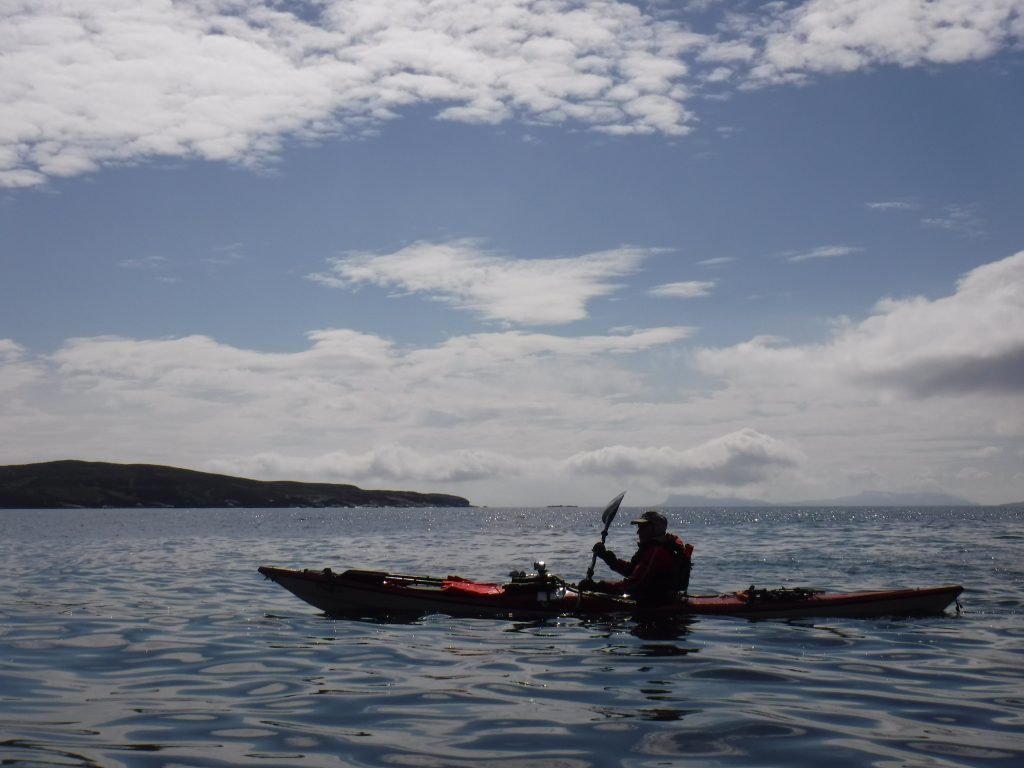 Paddling off the west coast of Scotland

Generally no, but I abandoned a winter Bob Graham Round with three tops left, mistakenly thinking I had run out of time to finish in under 24 hours, I never went back.  I have had a nagging feeling about not doing much to help others so I am currently trying to put that right.

To be in the community of like minded folk, spending time in the three great huts we own.  Constantly being impressed by the achievements of our members and humbled by the modest way in which they report them.