On 15th June 1912, the Rucksack Club opened the first club hut in Great Britain in Cwm Eigiau below Craig-yr-Ysfa in theCarneddau.

28 year old Stanley Jeffcoat was the prime mover in its acquisition who, with a small group of mostly younger members, had been looking for suitable premises. They were put in touch with a local tenant farmer who was in a position to sub-let the cottage in March 1912. There is more information on the influential Jeffcoat in the last Classic Article A Bivouac at Thirteen Thousand Feet [RCJ 1912] which can also be found in ‘Classic Journal Articles’.

On this occasion two articles are attached:

The first is simply called The Rucksack Club Hut authored by T. Wyldbore, which appeared in the 1913 RCJ. It provides a fascinating insight into the hut and its first ‘working meet’…how easy it is for us today!

The second and much more recent article Cwm Eigiau Centenary by Roger Booth, appeared in the 100th RCJ issue in 2011. This provides a detailed and fascinating insight into this unique hut and its place in UK mountaineering history, even though it was only leased for 8 years as security issues became a significant problem. 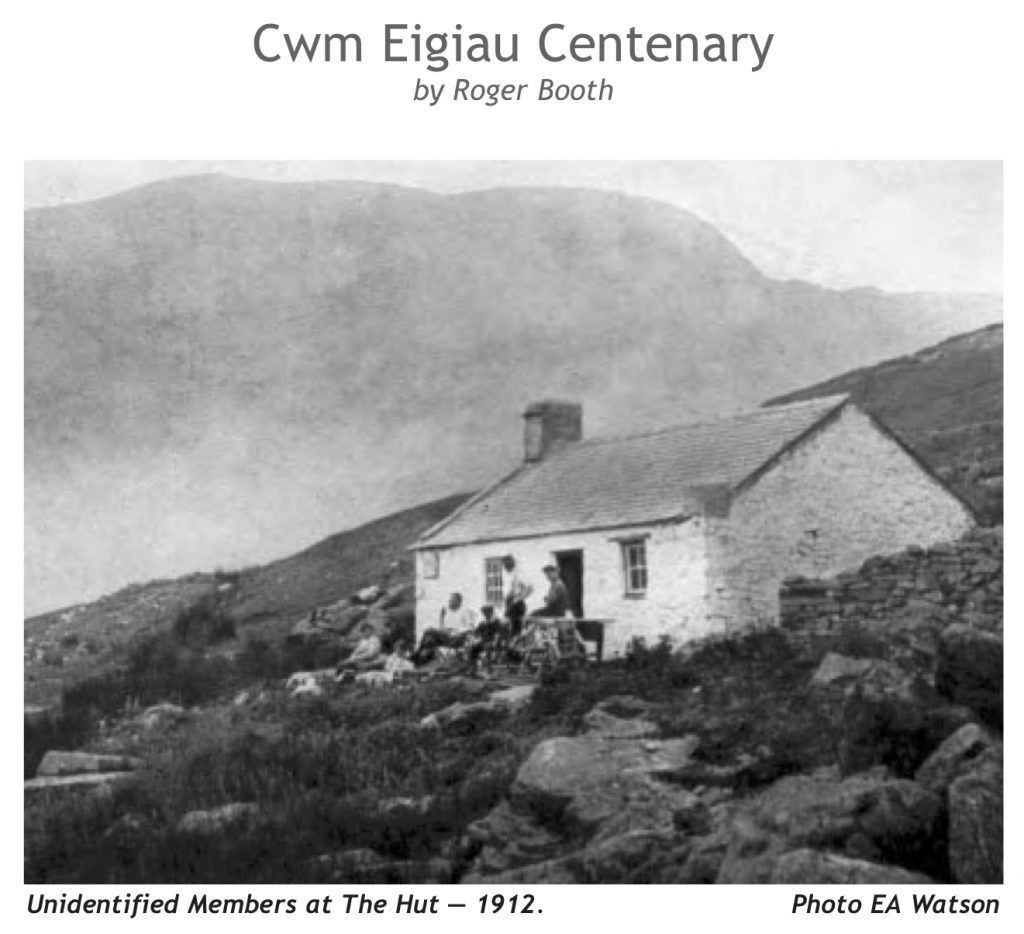