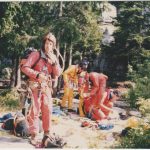 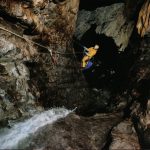 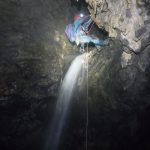 Just a heads up for all Rucksack would be cavers.After the success of our 2019 Berger Trip some of the team have shown interest in the” next step up or should it be DOWN the ladder”in classic caving trips.

The PSM as its known held the worlds deepest cave title until the Gouffre Berger was bottomed in the late 1950’s.Located almost on the French/Spanish border in the Western Pyrenees near to Bayonne on the West coast of France the PSM contains some of the biggest caverns in Europe,the Salle Verna being bigger than Wembley Arena.Unlike the Berger there are various through trips from different entrances and even a man made walk in entrance tunnel which is used for tourists to access Salle Verna.Early days and lots of planning yet, but it would be great to have a strong Rucksack presence along with all the other clubs to make up the team.