This article, written by George Milner entitled With Rucksack Men to Beckfoot, Easter 1906, was published in the first edition of the Rucksack Club Journal in 1907 [he was 76 at the time of writing]. Please click here to read the full article…savour it as it takes you back to a completely different, as well as style of writing.

Mike Dent, one of the Club Archivist’s, has kindly sent the following information [and photograph] about George Milner…

George Milner was a distinguished member of the Club in its early days. At the first full meeting of the recently elected Committee on November 10th 1902, 16 men were elected on the basis of their written applications, including George Milner, aged 72. At the next meeting on November 19th, John Hobbins and Edwin Roberts pointed out that Milner was in fact a walker of some repute as well as being a magistrate and distinguished literary figure in the City, being a founder and President of the Manchester Literary Club. He was a manufacturer of calico (generally referred to as “Grey Cloth”) employing up to 300 workers. A proposal was put to the meeting and passed unanimously that Milner be invited to be a Vice President, which Milner accepted.

He took a full part in Club activities, featuring regularly as Chairman at lectures, and in January 1904 gave a well-received talk on “Four Vagrom Men in Donegal” describing a trip with three other members of the Literary Club. The talk was followed by fifty slides by George Higenbotham, one of his companions on the journey. Several suggestions were made by him to improve the general running of the Club. One of these was the keeping of a photographic album of members, which we rely on for images of about forty early Rucksackers. [Ed…the photo of Milner from the album is below] 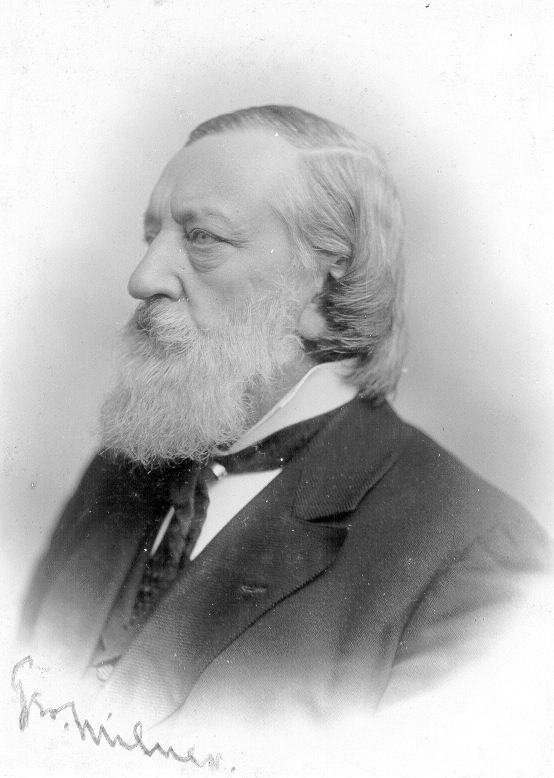 In 1905, Milner was made Freeman of Manchester, the only Rucksack member to be so honoured. A citation said “. . . Milner identified with what is best and most cultured in the City of Manchester.”

Amongst many works “Studies of Nature on the Coast of Arran” is still available in various formats – a copy of which was an early donation to the growing Club library by Milner.

As well as the Easter Meet, 1906, described in the 1907 Journal, Milner also attended the Easter Meet of 1909 at Dolgelly. At both meets it was reported that he kept the younger audience fully entertained by his reminiscences of adventures in the Hills.

Milner passed away at his home in Timperley on Christmas Day, 1914.